Vaccine skeptic Alex Berenson was permanently suspended from Twitter this weekend, but said Monday he’s considering legal options and has been approached by “several very wealthy people” with offers of aid.

“I am still considering my legal options, including what lawyer or firm to hire. A potential suit is complex and would cover – at a minimum – First Amendment issues, contract law, and drug/vaccine law,” the former New York Times reporter wrote on his Substack, telling readers he will make a decision “quickly.”

“A lawsuit may be expensive, and I appreciate your offers of donations. Several very wealthy people have offered to help as well, and my strong preference is to rely on them if possible; I don’t think people with mortgages to pay should be subsidizing this fight, unless there is no choice,” he wrote. 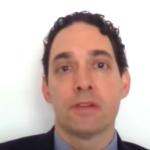 During his time on Twitter, the anti-masker and Fox News regular was routinely dragged for his contrarian stance on COVID-19 vaccines and safety measures. In March, he was ridiculed for an old tweet in which he dismissed a projected death toll that turned out to be right.

“I don’t normally tweet my @FoxNews appearances but this one is vital: @IHME_UW [Institute for Health Metrics and Evaluation] has been wrong over and over — why would anyone credit or repeat its projection of 500,000 US #Covid deaths by spring?” Berenson wrote last October.

Before spring even arrived this year, the American COVID-19 death toll was already over 525,000, surpassing IMHE’s projection from last year and, thus, invalidating Berenson’s prediction.

Twitter did not immediately return a request for comment on the suspension, but told NBC News the ban was a result of repeated violations of the platform’s rule against spreading medical misinformation. Outlets including Newsweek suggested the ban might have come after Berenson’s final tweet, which said of vaccines: “It doesn’t stop infection. Or transmission. Don’t think of it as a vaccine. Think of it — at best — as a therapeutic with a limited window of efficacy and terrible side effect profile that must be dosed IN ADVANCE OF ILLNESS. And we want to mandate it? Insanity.”

According to screenshots, that tweet did get one of Twitter’s warning labels, which called it “misleading.”