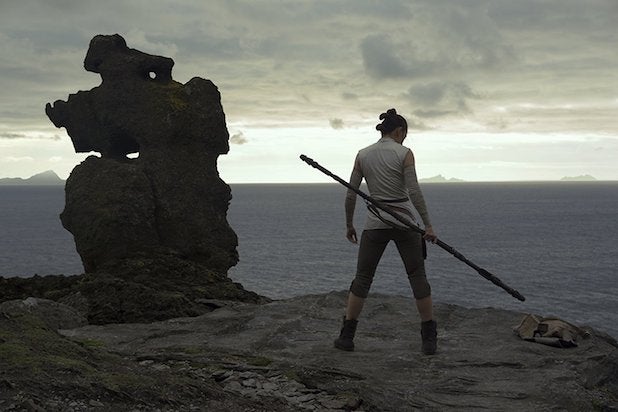 After a few trolls attempted to take credit for the low Rotten Tomatoes audience score for “Star Wars: The Last Jedi” on Wednesday, an alt-right group is now claiming responsibility.

On the Facebook page for Down With Disney’s Treatment of Franchises and its Fanboys, a moderator posted, “Thanks to friends of mine who taught me a thing or two about Bot Accounts, I used them to create this audience score through Facebook accounts created that subsequently logged into Rotten Tomatoes who rigged this score and still keep it dropping.”

The post continued, “It astounds me how I successfully bring out the worst in all of you and turn all of you against Disney. The Anti-EU fans bought this on themselves and I did what had to be done.”

Huffington Post sent a direct message to the page, whose moderator then responded that he was upset with the “Star Wars” producers for introducing more female characters into the franchise, “among other things,” and he also mentioned how “The Last Jedi” seems to disrespect the franchise’s history.

According to HuffPo, the self-identified member of the “alt-right” group said Oscar Isaac’s Poe Dameron was a “victim of the anti-mansplaining movement,” that Poe and Luke Skywalker are in danger of being “turn[ed] gay” and that men should be reinstated as rulers in society.

“Regarding female heroes: Did you not see everything that came out of Ghostbusters? That is why,” he said. “I’m sick and tired of men being portrayed as idiots. There was a time we ruled society and I want to see that again. That is why I voted for Donald Trump.”

You can see HuffPo’s conversation with the moderator here.

In response, a spokesperson for Rotten Tomatoes told TheWrap, “The authenticity of our critic and user scores is very important to Rotten Tomatoes and as a course of regular business, we have a team of security, network, social and database experts who closely monitor our platforms. They haven’t determined there to be any problems. For ‘Star Wars: The Last Jedi,’ we have seen an uptick in people posting written user reviews, as fans are very passionate about this movie and the franchise.  The number of written reviews being posted by fans is comparable to ‘Star Wars: The Force Awakens.'”

After the trolls attempted to take credit for the low audience score, Rotten Tomatoes told TheWrap that the score was authentic. Currently, the film holds a critic score of 92 percent “fresh” with an audience score of 54 percent.