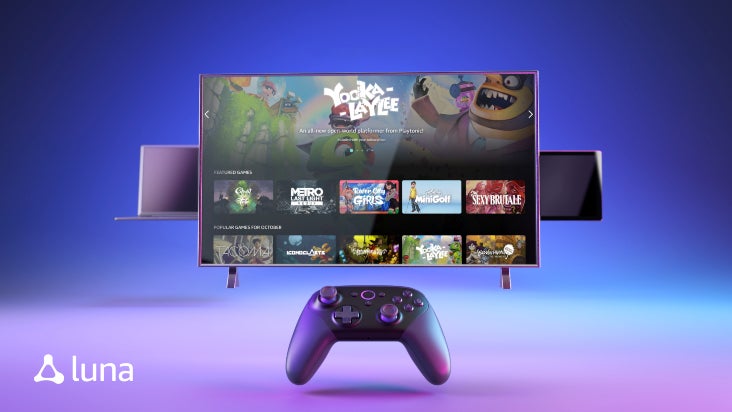 Amazon is the latest tech company to offer a game streaming platform, and its new cloud gaming service Luna launches this week on an “invitation-only” basis.

Amazon announced the new service Sept. 24. It will offer a growing library of games — including some hits from “Assassin’s Creed” creator Ubisoft — for $6 per month. Cloud gaming refers to the process of playing video games without buying the title and waiting for them to download.

Amazon’s approach to organizing games on the platform is a little different than its competitors; it will create dedicated “channels” for certain game categories or publishers. Ubisoft will be the first channel to launch on Luna and “include new and favorite titles from Ubisoft, including ultimate edition versions for select titles” like the upcoming “Assassin’s Creed Valhalla.”

Luna’s 4K streaming will work on standard televisions, mobile or PC but is not yet licensed to run on game consoles. Similar to Google’s Stadia (which costs $10/month), Luna will release its own controller that’s compatible with all devices and the Alexa service.

Amazon said players can also use a PlayStation Dualshock controller, keyboard and mouse, or Xbox controller to play.

Players whose requests for early access are granted will be able to stream a library of hundreds of games ranging from blockbuster hits to indie titles. Amazon said it will begin granting access to the new service soon based on email requests to join “on a rolling basis.”

It remains to be seen if Luna can compete with Stadia, or the leader in game streaming right now, Microsoft’s Xbox Game Pass. Direct partnerships with publishers to release streaming versions of ultimate editions of games — which usually cost at least $20 more than the original edition — is a relatively new idea for Amazon and could entice players to subscribe.