Amazon Studios is shuffling around its TV operation. Vernon Sanders will now run the television division by himself, while Albert Cheng will focus fully on his duties as chief operating officer.

Sander and Cheng had been co-heads of television for the studio for the last three-plus years.

“With our next phase of growth ahead, it’s time for us to have a dedicated Chief Operating Officer, focusing completely on all facets of our thriving Studios business,” Amazon Studios head Jennifer Salke wrote in a memo obtained by TheWrap. “So I’ve asked Albert Cheng to concentrate full time on his role as COO of Amazon Studios, and step away from his responsibilities as Co-Head of Television with Vernon Sanders.”

As such, Cheng’s “top priority” will be business strategy, Salke said, like leading the studio’s global expansion and integrating MGM I.P.

Read Salke’s memo to staff below. Deadline first reported the news of the management change. 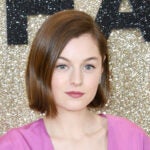 Hello Team —
By just about any measure, Amazon Studios is on an incredible roll. More than ever before, we are being acknowledged for delivering creative at the highest level.

Our commitment to being an inclusive home for talent has never been greater – we have deals with some of the biggest names. Our content in 2022 is targeted to grow more than 70% year over year. Our global footprint is growing rapidly, with more than twice as many local Originals in 2022 vs 2021, and a planned expansion into new countries in Europe, Africa and South East Asia. I am so very proud of this extraordinary trajectory of success.

With our next phase of growth ahead, it’s time for us to have a dedicated Chief Operating Officer, focusing completely on all facets of our thriving Studios business. So I’ve asked Albert Cheng to concentrate full time on his role as COO of Amazon Studios, and step away from his responsibilities as Co-Head of Television with Vernon Sanders.

Albert’s exceptional creative insights and business skills have played a huge part in getting us to where we are today. Moving forward, as he switches from two hats to one, Albert and I will work even more closely together – if that is even possible! – on the Studios’ expanding initiatives. He will lead our growth as a Studio and content engine for Amazon. Albert’s top priority will be our business strategy — including our expansion in operations globally, and our investment in Amazon-owned IP, in particular working closely with Mike Hopkins and the Leadership team on the planned MGM integration. He will oversee annual planning and goal-setting, scaling production of shows and films significantly over the next few years, and enhance overall organizational development and operational excellence. He will still work closely with our series, movies and international teams as we continue to build upon our reputation as the global home for talent.

Vernon, a natural leader and creative force, will now serve as the singular Head of US/Global Television at Amazon Studios. He will take on sole responsibility for the oversight of Prime Video’s US TV Originals team and IMDb TV’s Content and Programming team.  Our US Television leadership structure, which was announced earlier this year, has successfully allowed us to best support our talent and serve our viewers.  With the organization of single threaded leadership around three key areas of Development, Series & Studio Creative Content, we’ve already elevated our unique position in the industry.   And the team is now hard at work on a 2022 slate of 60+ Original series, up from 39 currently, including the return of The Marvelous Mrs. Maisel, The Boys and Jack Ryan as well as the highly anticipated Citadel, The Power, IMDb TV’s Bosch spinoff and…drum roll, please…The Lord of the Rings.

I’m confident that these changes will help us continue to think big, to innovate and deliver the best possible content for our customers. I’m so proud of what each and every one of you has done to get us to this incredible stage in our evolution — nothing wonderful is ever achieved alone. I can’t wait to reach even greater heights together.