The project, from “The OA” creators Brit Marling and Zal Batmanglij, centers on an amateur sleuth as she attempts to solve a murder at a secluded retreat. Marling and Batmanglij will both direct. Marling will star in a key role.

The series centers on “gen Z amateur sleuth” Darby Hart (Corrin), who is “invited by a reclusive billionaire to participate in a Retreat at a remote and dazzling location,” per FX’s series description. “When one of the other guests is found dead, Darby must fight to prove it was murder against a tide of competing interests and before the killer takes another life.” 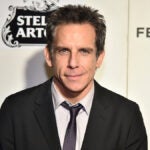 Corrin is best known for her role as Princess Diana on Season 4 of “The Crown,” for which she was nominated for an Emmy for Outstanding Lead Actress in a Drama (that award would go to her “Crown” co-star Olivia Colman). Elizabeth Debicki will take over for Corrin as Princess Diana in the upcoming fifth season of the Netflix drama, which will debut in November of 2022.

The other new cast members for “The Crown” Season 5 include Lesley Manville, who is following in Helena Bonham Carter’s footsteps to play the older Princess Margaret, Jonathan Pryce as Prince Philip (a role held by Tobias Menzies in the third and fourth season), Imelda Staunton as Queen Elizabeth II (which Colman played, and Claire Foy before her), Dominic West as Prince Charles (played by Josh O’Connor in Seasons 3 and 4), and Jonny Lee Miller, who will be playing former Prime Minister John Major.