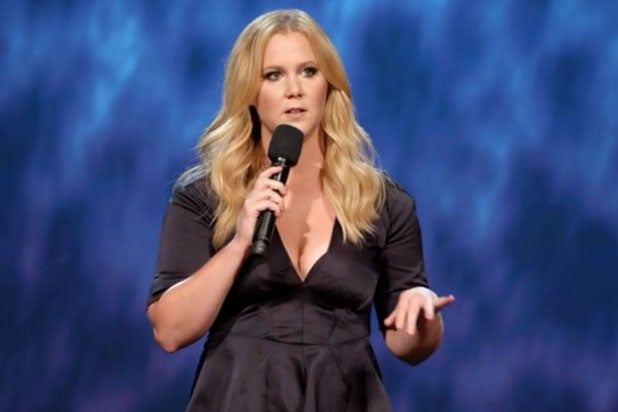 Amy Schumer wants to prove that she doesn’t steal other comedians’ jokes, and she’s going to take a polygraph test to prove it.

During an appearance on “The Jim Norton Advice Show” on Wednesday, the comic — who was recently accused of appropriating others’ material — said she plans to sit down for the lie detector and air the unedited results on the next season of her Comedy Central sketch show, “Inside .”

“I’m literally going to take a polygraph test and put it on my show this season,” Schumer told Norton. “And I promise whatever the results are — I won’t let them cut.”

Stand-up comics Wendy Liebman, Kathleen Madigan and Tammy Pescatelli recently took to Twitter to complain that Schumer uses other comedians’ jokes in her own act. The “Trainwreck” star has repeatedly denied intentionally stealing material and acknowledged on Norton’s show that it’s possible that two comics wrote the same joke independent of one another.

“Both Kathleen and Wendy believe me. They know me, and they don’t believe that I would do that,” Schumer explained. “I think that this is like Tammy trying to get something going, I don’t know.”

“This is what happens. People, like, build people up and then they like to rip them down when they’re experiencing some success,” she said.

Listen to Norton’s interview with Schumer below.