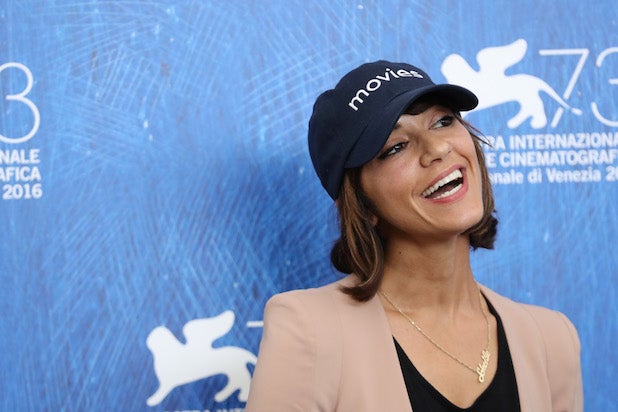 Ana Lily Amirpour is attached to direct the remake of Sylvester Stallone’s 1993 film “Cliffhanger,” which will now be led by a female cast.

Rocket Science announced on Wednesday that it has acquired the rights to “Cliffhanger” and will produce alongside Neal Moritz’s Original Film. Casting is underway for the film, and “Aquaman” star Jason Momoa is in talks to make a cameo.

Sascha Penn (“Creed II”) wrote the script about a heist and chase set among the treacherous Rocky Mountains.

Moritz and Toby Jaffe will produce under their Original Film banner, alongside Thorsten Schumacher and partner Lars Sylvest for Rocket Science, which will also finance.

Rocket Science acquired the rights to “Cliffhanger” from StudioCanal and will be handling international sales when it introduces the film to buyers at Cannes. CAA Media Finance initially brokered the deal between Rocket Science and StudioCanal, which will continue to represent North American and Chinese rights.

“I am very excited to partner with Original Films and Rocket Science, who share my passion for the character-driven high-adrenalin survival movie; one of my favorite genres.  We are setting out to create a thrill-ride on the mountain which taps into the primal side of an action movie, where you see what a person is capable of doing to survive in the most extreme situations, pushed to the limits.  Add to that some high-stakes espionage and a badass female mountain climber as the lead and it becomes a truly epic reinvention of what made the original ‘Cliffhanger’ movie so fun and so thrilling,” Amirpour said in a statement.

“I’ve been wanting to re-make this adrenaline filled survival thriller with a strong female protagonist – both in front of and behind the camera – for some time.  The elements came together with Ana Lily and Rocket Science and we look forward to gathering the rest of the pieces.  I’ve always wanted to make the movies I want to see — big at their core with characters which connect to the audience while simultaneously encouraging them to leave their house and go to a theater. ‘Cliffhanger’ is just that, in what we hope will be the first of an entirely new franchise,” Moritz said in a statement.

Amirpour is the writer and director of the critically acclaimed “A Girl Walks Home Alone at Night” and “The Bad Batch,” which starred Jason Momoa and Suki Waterhouse and won the Special Jury Prize at the Venice Film Festival. Amirpour is also set to direct the Kate Hudson film “Blood Moon,” produced by John Lesher, with principal photography beginning in New Orleans next month. Rocket Science is likewise handling foreign sales on that project.

Moritz, under his Original Film banner, is the producer of “The Fast and the Furious” franchise. His upcoming credits include “Sonic the Hedgehog,” “The Art of Racing in the Rain” and “Bloodshot.”