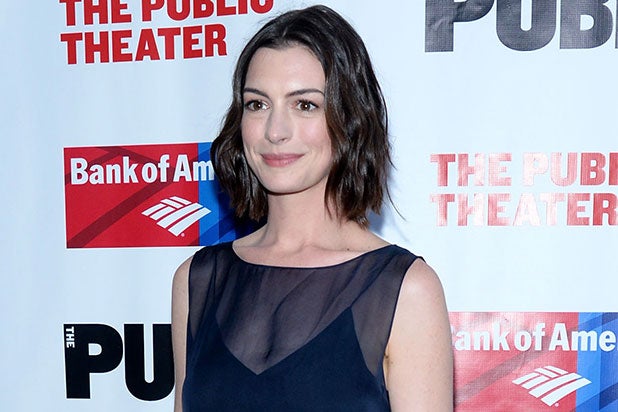 Anne Hathaway let slip an interesting tidbit about director Christopher Nolan: Apparently no one is allowed to sit down on his sets.

Speaking during Variety’s “Actors on Actors” interview series, Hathaway and fellow Nolan alum Hugh Jackman were talking about working with the secretive director when Hathaway revealed that along with banning cell phones, Nolan has also banned the use of chairs on his movie sets. “Chris also doesn’t allow chairs. I worked with him twice. He doesn’t allow chairs, and his reasoning is, if you have chairs, people will sit, and if they’re sitting, they’re not working,” said Hathaway.

“I mean, he has these incredible movies in terms of scope and ambition and technical prowess and emotion. It always arrives at the end under schedule and under budget. I think he’s onto something with the chair thing,” added Hathaway.

“I did nine movies, but a couple were cameo-ish sort of things,” said Jackman. “Really, seven movies. I learned so much over those years. I feel so blessed to have the part, and I’m taking on a character that’s so beloved to so many. I’ll commit to that every day of the week, right? I’ll give 110%.”

“The last scene of “Logan,” for example, where my character is dying, I think one of the most beautiful lines written for the character, which is, ‘Ah, so this is what it feels like,'” added Jackman.

Christopher Nolan next movie is “Tenet” due to hopefully be released in August, and most likely didn’t allow chairs on that set either.