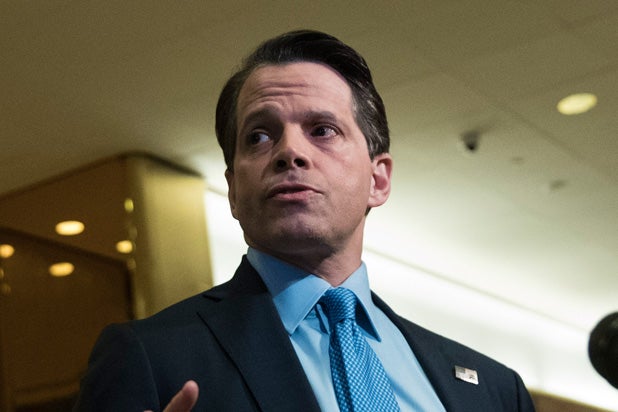 Twitter users are digging up Scaramucci’s past comments, and many are in stark contrast to Trump and the GOP’s core policies.

The former financier and Fox Business host said on Friday “I love the president and I’m very, very loyal to the president, and I love the mission that the president has.” But he’s, apparently, not a fan of Trump’s proposed wall along the Mexican border. He scrambled to delete a December 2015 tweet saying “Walls don’t work. Never have never will. The Berlin Wall 1961-1989 don’t fall for it.” 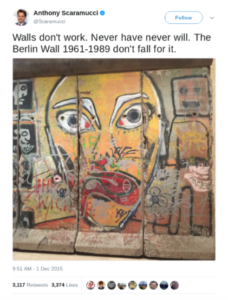 It didn’t stop with erasing tweets aimed at Trump, though. Also deleted was a post on climate change, saying it was “disheartening” people still believe it’s a “hoax.”

And then there was an axed tweet from August 2012 saying it’s “common sense” to apply more gun controls, which won’t sit well with Second Amendment absolutists.

At one point, it looks like Scaramucci was a fan of Hillary Clinton — just like President Trump —  having tweeted five years ago he “hope she runs, she is incredibly competent.” This tweet has also been conspicuously disappeared.

President Trump had a simple explanation for the latter, tweeting Saturday morning that Scaramucci wanted to endorse him first, but didn’t think Trump was running.

In all fairness to Anthony Scaramucci, he wanted to endorse me 1st, before the Republican Primaries started, but didn't think I was running!

One Scaramucci tweet has remained in tact, though: his support for gay marriage.