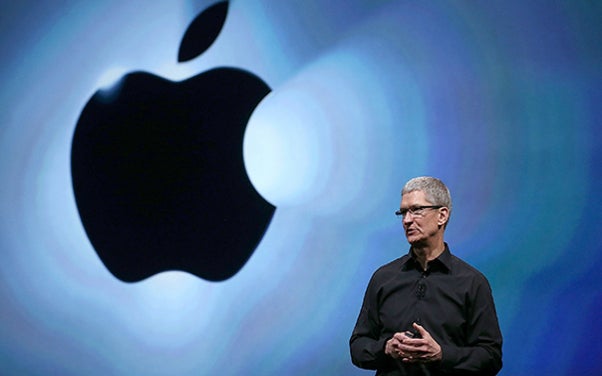 Once upon a time, young entrepreneurs with a creative streak dreamed of winning Academy Awards. Today, they dream about winning awards at Apple’s annual developers conference.

“When I first went to WWDC a few years ago, it was a crazy introduction to the tech world. I finally got to meet everyone I’d met online, made a ton of new friends, and got to know great people I still work with today,” says Ryan Orbuch.

In 2013 at the age of 16, Orbuch won an Apple Design Award for his app ‘Finish,’ which helps procrastinating students prioritize their workloads.  The app’s success gave the Boulder, Colorado native enough confidence to skip college and and embrace the start-up life in San Francisco. He now runs a mobile learning startup called Volley, which transforms textbooks into personal learning assistants.

In Apple’s developer community, you’ll find all sorts of unique stories like Orbuch’s. This week, more than 5,000 app developers from around the globe have made their way to San Francisco for Apple’s annual developers conference.  Despite the event’s $1,600 ticket price, demand to attend is so high that Apple shifted away this year from a ‘first come first serve’ ticketing system to a lottery-based system.

Dedicated developers like Ansinn and Orbuch are arguably Apple’s biggest weapon in its efforts to dominate the media landscape.  And Apple said Monday that its App Store recently passed 100 billion app downloads.

In its latest quarter, Apple generated nearly $5 billion from its services unit, which includes iTunes and App Store sales.  App Store revenue was up a whopping 29% year over year (Apple gets a 30% cut of the download fee developers charge for their apps).

“Apple has fundamentally changed the way people consume media,” says Ansinn.  “From the devices they use to access content – like the iPhone and iPad – to the way they purchase the content.” Developers who recognized that trend early have earned themselves a good chunk of change.  Apple said Monday that App Store developers have earned a cumulative $30 billion from the sale of apps and games.

Longtime movie producer Neal Edelstein (‘Mulholland Drive,’ ‘The Ring’) is part of a growing group of Hollywood names who have attended WWDC.  Edelstein’s company, Hooked Digital Media, chose to release the horror film “Haunting Melissa” and its sequel “Dark Hearts” as apps for iPhone and iPad.

“As a filmmaker, I want my movies to be seen.  Why not create content specifically for the devices we spend so much time using?  Looking ahead, I expect more people in Hollywood to rebrand themselves as app developers,” says Edelstein.