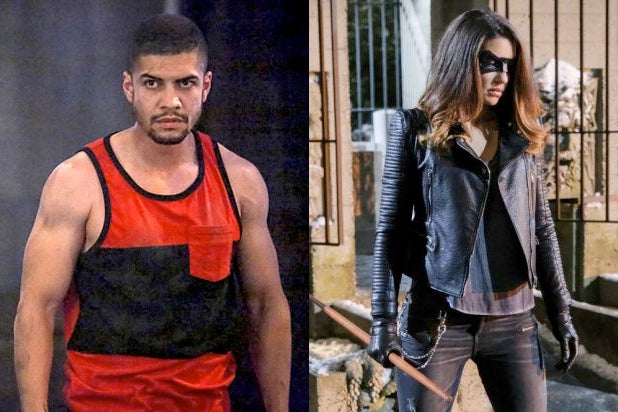 The promotions come on the heels of the news that Katie Cassidy, a former member of Team Arrow herself and now the evil doppelganger Black Siren, will also return as a series regular in Season 6.

Gonzalez and Harkavy were two of several new cast members to join “Arrow” in Season 5 following Cassidy’s departure in Season 4. Josh Seggara joined as a series regular as District Attorney Adrian Chase, but the character turned out to be the season’s big villain Prometheus rather than the fellow crime fighter Vigilante, as in the comics, so it’s unclear if he will return.

Gonzalez, who recently appeared on “Mr. Robot,” is represented by Domain Talent and Framework Entertainment. Harkavy’s credits include “The Walking Dead” and “Constantine” and is repped by APA and Brevard Talent Group.

“Arrow” is currently airing its fifth season at Wednesdays at 8 p.m. ET on The CW.