“Elvis” headliner Austin Butler is in early talks to play Feyd Rautha in “Dune: Part Two,” according to an insider with knowledge of the project.

Feyd is the cunning nephew of Baron Harkonnen (played by Stellan Skarsgård in the first film). The role was previously played by Sting in David Lynch’s 1984 “Dune” film and Matt Keeslar in the “Dune 2000” miniseries.

Denis Villeneuve will return to direct the sequel, which is set for release in October 2023. 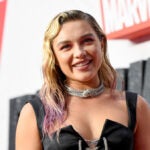 As implied by the final scene of the first film, “Dune: Part Two” will see Paul Atreides (Timothée  Chalamet) continue to train his powers of foresight and mind control under the aid of his mother Jessica (Rebecca Ferguson) and the Fremen on Arrakis. Chani (Zendaya) becomes both a lover and a guide to Paul as he slowly grows in power among the Fremen as their prophesized messiah; and considering how Jessica’s role was expanded by Villeneuve to give her more emotional depth, it wouldn’t be surprising for “Part Two” to make Chani into a hero in her own right.

The foresight scenes Paul experiences throughout “Dune” foreshadow much of what is to come in the sequel, including a bloody war with the evil House Harkonnen over control of Arrakis. When that war happens, you can also expect Dave Bautista to play a major role in it as the bloodthirsty Glossu Rabban.

Butler broke out playing Tex in Quentin Tarantino’s “Once Upon a Time in Hollywood,” and then got selected by Baz Luhrmann to star as Elvis Presley in the upcoming “Elvis” biopic opposite Tom Hanks. The film opens on June 24.