If you, like me, recently finished binging Netflix’s new docuseries sensation “Bad Vegan: Fame. Fraud. Fugitives.” — with its pyramid scheme-esque layers of scams — you were perhaps left with a bad taste in your mouth.

Regardless of your interpretation of the narrative, carefully constructed by “Fyre: The Greatest Party That Never Happened” director Chris Smith, the four-part series attempts to trace a steady line through a truly bizarre sequence of events that enraptured New York circles — and beyond — several years ago.

“Bad Vegan” centers on Sarma Melngailis, once a lauded entrepreneurial chef and restaurateur on the cutting-edge future of raw vegan food at the turn of the aughts. Her buzzy establishment Pure Food & Wine, located in the Gramercy Park neighborhood of Manhattan and co-founded in 2004, quickly became a hotspot for the likes of Owen Wilson, Alec Baldwin and Bill Clinton. Melngailis’ to-go health bar offshoot, One Lucky Duck, soon followed.

However, an online courtship and eventual marriage with Anthony Strangis led to disaster, as the serial scammer seemingly coerced Melngailis out of hundreds of thousands of dollars, roping her in with the promise of immortality (for both her and her beloved dog Leon) and the threatening prowess of the ever-watchful and cryptic cult-like otherworldly organization called The Family that he claimed could eventually provide her with all she desires.

What starts off as a clear-cut unfolding of events painting Strangis as the clear villain and Melngailis — as well as her cheated employees who were stiffed numerous paychecks — as the victim rapidly transforms into a more ambiguous, murky tale.

When all is said and done, exactly $6.14 million was defrauded from several institutions and individuals, including $400,000 from Melngailis’ mother and $1.69 million from Pure Food & Wine and its employees. While the former amount was siphoned without Melngailis’ knowledge, the rest was largely accomplished through her explicit or implicit collaboration with Strangis. (The employees have since been paid back.)

“She’s too smart not to know what was going on, or what she was doing,” Maiquen Saez-Vega, a former Pure Food & Wine employee, told documentarians of Melngailis’ involvement in the scheme. “In some little way, she knew what she was doing, and maybe she was just in over her head.” (It’s worth noting that prior to Melngailis’ denouement, she was affectionately referred to by her staff as Sarmama, acting as both a heaven-sent boss and mentor to the team.)

For her part, Melngailis maintains she was subjected to psychological abuse, manipulation, gaslighting and other controlling tactics by Strangis. In 2017, she pleaded guilty to grand larceny, criminal tax fraud and a scheme to defraud and served four months at Rikers Island, in addition to five years’ probation. Strangis served a year-long sentence, received five years’ probation and was ordered to pay $840,000 in restitution to investors (the same amount stolen from them under the guise of reopening Pure Food & Wine following its first closure). Eventually, Melngailis filed for divorce and the two have not had contact since. 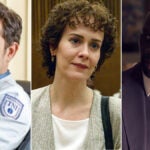 Despite all this, the docuseries leaves matters on a seemingly inconclusive note regarding her true intentions and the extent of her involvement: Not only does it heavily imply that Melngailis initially married Anthony for his wealth (the displays of which were “Inventing Anna”-level fake) in hopes that he would bankroll her ailing business, but it also ends the storyline with a 2019 phone call between the two, where they seem if not on good terms, then at least on semi-decent ones. While she fake-gags at Strangis’ declaration that he misses her, she proceeds to joke about his lies (that he’s an alien-like figure with a “meat suit” that can “shapeshift” in front of her) and the two share a hearty, flirtatious laugh. And although she maintains that she’s “pissed,” the phone call ends with both bidding each other good night on friendly terms. It stands in stark contrast to a call between the two that opens the series, in which Strangis is hostile and Melngallis has pure disdain for his mere phone presence (“f–k him,” she says).

In terms of the ambiguity, Melngailis expressed her concern for the “disturbingly misleading” docuseries conclusion, adding that it “seemed inevitable that the documentary would get some things wrong” in a recent blog post on her website.

“I am not in touch with Anthony Strangis and I made those recordings at a much earlier time, deliberately, for a specific reason,” she wrote. “There’s a lot ‘Bad Vegan’ gets right, but it’s hard not to get stuck on the things that aren’t right or leave an inaccurate impression. Later, I’d like to clear up more.”

She added that her marriage to Strangis was “inaccurately condensed,” clarifying further in a recent Vanity Fair article with journalist Allen Salkin — who first reported on the scam in 2016 and offered analysis in the docuseries — that “The impression in the doc is I intentionally married Anthony so he could transfer me money. That is completely not the case. At some point, Anthony did some of his mindf–kery and got me to marry him.”

However, Smith recently told The Guardian that he believes “[Melngailis] really did fall in love with [Strangis]” and that the docuseries’ characterization of the marriage is accurate based on her accounts to the filmmaker and his team. He added that he was “confused” by Melngailis’ comments that the series ending was “disturbingly misleading,” yet maintains that “everything is shades of gray” when it comes to assigning blame and making final conclusions. 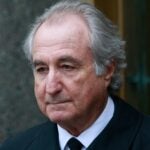 So, what does it all mean?

“Bad Vegan” debuted quietly on Netflix roughly a week ago, but it’s since been dominating the streamer’s coveted Top 10 ranking, currently sitting behind the viral reality series “Is It Cake?” occupying the first slot. It also helps that the show currently boasts a 100% rating on Rotten Tomatoes.

But this is where opinions split: While critics raved at the doc’s subtle, nuanced portrayal of Melngailis’ admittedly tragic tale, the story fell flat for audiences, who rated it at an abysmal 26% on Rotten Tomatoes. A cursory scroll through Twitter yields more of the same: As The Guardian reported, these takes oscillate between genuine criticism and unnecessary victim-blaming.

And certainly, there is much discussion to be had surrounding the former, as some social media users noted the level of privilege needed to even be given the opportunity to run a con. Melngailis, many pointed out, is a white woman with a degree from the University of Pennsylvania’s prestigious Wharton School of Business.

“White people can have next to nothing and scam people into thinking they are wealthy — simply because they are white. #BadVegan,” wrote New York Times-bestselling author Frederick Joseph on Twitter.

He, along with myriad other viewers, lumped the series into other shows with similar scam narratives — Netflix’s own documentary “The Tinder Swindler” and its Shonda Rhimes-led miniseries “Inventing Anna.” In the former, a man posed as an international mogul who scammed romantic partners out of millions. In the latter, also based on a true story, a woman pretended to be a German heiress who conned her way into New York’s elite circles.

“‘Bad Vegan,’ ‘Inventing Anna’ and other shows about scammers are just examples of how powerful a currency whiteness is,” he said in the tweet. 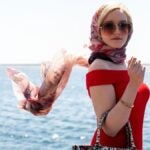 One could even argue that Hulu’s latest limited series “The Dropout,” about fraudulent Theranos founder Elizabeth Holmes, and Apple TV+’s drama miniseries “WeCrashed,” following the downfall of the multi-billion dollar startup WeWork, also fit the bill. If anything, these dramatized scripted series only solidify “Bad Vegan” critics’ whole point — that whiteness can and will almost always be leveraged to unjustly enrich its wielders as surely as it’s used to smooth over dubious corporate efforts with little to no financial, institutional and legal backing.

If you remove “Bad Vegan” from the ecosystem of scam narratives, it’s harder to look at Melngailis in harsh light. After all, many women can, unfortunately, attest to being on the receiving end of abusive manipulation and domineering coercion. And it’s this exact systemic gaze — the understanding that she, an Ivy-educated white woman, had been granted the benefit of the doubt by virtue of her status and identity — that cannot be avoided when explaining the conclusive elements of “Bad Vegan.”

As Meredith Blake wrote in the Los Angeles Times, “Stories about individual scammers are a lot easier to digest, and to tell, than examinations of broader, systemic injustice,” adding that the downfall of a few white-collar criminals leads viewers to believe that “some accountability in late-stage capitalism” seemingly exists.

Given the popularity of these unscripted and scripted series (all have dominated Netflix’s Top 10, and Hulu’s “The Dropout” is quickly catching up in being part of the conversation), Blake’s sentiment rings true. It’s much simpler to obsess over a singular and extreme narrative than consider the institutional factors that enable these narratives to exist in the first place. The ubiquity of these shows is directly proportional to the ubiquity of privilege around us.

Certainly, it’s a form of escapism: It’s infinitesimally more enjoyable to engross yourself in Melngailis’ cult-adjacent niche raw vegan world — paying more attention to its bizarre details than the collateral damage inflicted on the working class — than to exist in the current one. 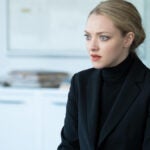