BBC Studios on Monday announced that Rebecca Glashow, who is currently president of BBC Studios Americas, will take on the newly created role of CEO of Global Distribution and become a member of BBC Studio’s Executive Committee, effective March 1.

In her new role, Glashow will lead on BBC Studios’ global distribution strategy outside the U.K. and Ireland, including content sales, direct to consumer services, international channels, co-productions and licensing. Glashow, who will continue to be based in New York, will become the first American in such a senior role at the 100-year-old BBC.

Since joining the company in June 2020, she has overseen the company’s distribution and production of original content for major networks and streaming platforms in the U.S., Canada and Latin America. She recently added global digital news to her responsibilities. 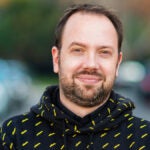 Prior to joining BBC Studios, Glashow was the co-head of Awesomeness, a division of ViacomCBS focused on Gen Z, and previously held various leadership roles at Discovery Communications, Comcast and InDemand.