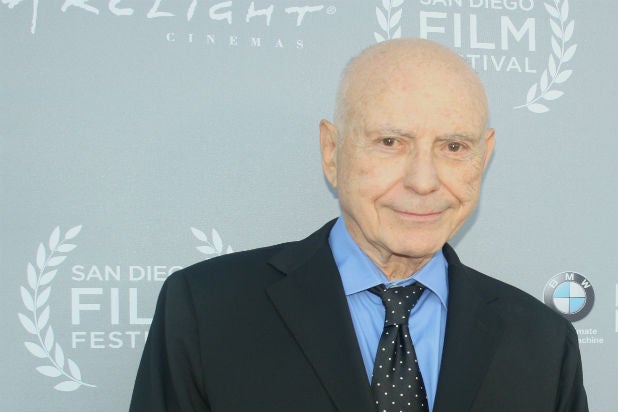 Arkin, who currently stars in “Going in Style” with Morgan Freeman and Michael Caine, revealed his annoyance with his “Argo” co-star’s impression of him during a round of “Never Have I Ever” for BuzzFeed.

“Ben Affleck started doing me, a terrible version of me. Terrible, but he wouldn’t stop. He did it, he started doing it. I heard him do it about 30 times, he was doing it on talk shows,” Arkin recalled.

The actor went on to recall how he finally got Affleck to can it, by giving him a taste of his own medicine.

“Well finally at the Academy Awards, on the red carpet, I started doing, ‘Hi, I’m, I’m Ben Affleck, and I’m playing, I’m playing Batman,'” Arkin said. “And he grabs, he grabs my hand, he says, ‘Please don’t do that.’  That stopped him.”

If Arkin really wanted to rub Affleck’s nose in it, he could have enlisted Henry Cavill to sit next to him while Arkin silently wore a super-glum expression on his face.

Also Read: Ben Affleck Completes Rehab: 'There Is No Shame In Getting Help When You Need It'

But in lieu of that, here’s Arkin explaining how he finally shut down Ben Affleck’s impression of him.