In early 2011, Glenn Beck thrived in conservative media. Once a little-known anchor for HLN, he found his voice on Fox News, running neck-in-neck with Sean Hannity in the ratings and trading jabs with liberal icons like Jon Stewart.

The different fortunes of Beck and Trump almost perfectly illustrate the unpredictable ups and downs of life in the public eye. In the years since Trump’s unlikely rise, one-time outsiders have climbed by clinging to his coattails. And one-time stars of the right have slipped.

Hannity didn’t just outlast Beck. Industry watchers consulted by TheWrap agree that he and the rest of Fox News now lead the pack in conservative media.

“Sean Hannity, Kimberly Guilfoyle, Jesse Watters and the rest of the pro-Trump editorial crowd at Fox are no doubt leading the way on the right at the moment,” said former Breitbart London editor Raheem Kassam.

“Hannity” is the top show in cable news, averaging 3.3 million total viewers and 679,000 viewers in the key 25-54 demographic, according to Nielsen Media Research. One reason for Hannity’s popularity on the right is his unabashed support for Trump.

No list of conservative media winners is complete without Matt Drudge. Since bursting onto the scene in 1998 after exposing the Clinton-Lewinsky scandal (and Newsweek’s decision to kill its own scoop), the media kingpin remains essential reading for much of the country, including news editors. 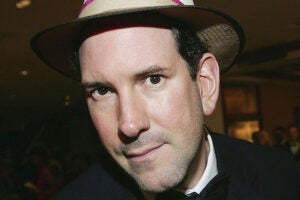 “He was smart enough to not mess with a good thing: He’s kept the same simplicity of the format and presentation of the site,” Joe Concha, a media reporter for The Hill, told TheWrap.

“Bells and whistles and different fonts and graphics could have been added, but he understands that people want a user-friendly site devoid of everything that annoys them when they get their news online elsewhere.”

With just a fraction of the overhead costs of legacy media competitors, Drudge was the 42nd most visited website in May — just above the New York Times, which was 43rd. He was well ahead of the Washington Post (64) and BuzzFeed (113), according to SimilarWeb.

Another online success story is Ben Shapiro, a former Breitbart editor who can be fiercely critical of Trump. He has gained support since the implosion of his primary rival on the right, Milo Yiannopoulos. In November, the New York Times christened Shapiro “the cool kid’s philosopher.” (Shapiro was also called a member of the “intellectual dark web” by Times opinion columnist Bari Weiss.)

Shapiro’s website, DailyWire, has grown from about 19.1 million total page views in December to more than 25 million in May.

“He exists in places that young people inhabit — podcasts, Facebook, Twitter and YouTube,” wrote reporter Sabrina Tavernise, who reported that “The Ben Shapiro Show” podcast is downloaded 10 million times every month, and that 70 percent of his audience is under the age of 40.

Less mainstream voices have also come to the fore in a big ways since the rise of Trump. With his die-hard embrace of Trump and penchant for outlandish conspiracies, Alex Jones continues to rise.

Once widely dismissed as a fringe figure peddling theories that the Sandy Hook massacre was staged, child slave colonies exist on Mars and frogs are turning gay, Jones went hard for Trump during the 2016 campaign. Trump rewarded him with an interview and praise for his “amazing” reputation. Once Trump won, Jones’ InfoWars briefly received press credentials to the White House briefing room.

“He’s got a really riveting personally. It might be a little veiny and ridiculous what he says, but he is good on television and on radio,” said a senior GOP media executive, who declined to be named.

“It’s very unusual for someone to have a crossover” from radio to on-camera, the executive added. “The Trump movement has unhinged a lot of people out there.”

While he has faced mounting legal troubles from his ex-wife and Sandy Hook families who have accused him of defamation, the InfoWars juggernaut has continued to expand. In May, Jones announced that InfoWars would attempt 24-hour live coverage and that he was looking to hire at least 15 people for the effort.

“People are hungry for it,” Jones told TheWrap at the time. “Attempts to destroy InfoWars or any other media permutation will fail… to quote ‘V for Vendetta,’ ‘Ideas are bullet proof.'”

Jones is largely impervious to sponsor boycotts, which have hurt broadcasters like Fox News’ Laura Ingraham. Jones largely supports himself through the sale of his own brand of products. The InfoWars store received more than 800,000 page views in May 2018, according to SimilarWeb.

Trump hasn’t raised all conservative media, however.  Which brings us back to Glenn Beck.

After he left Fox News, Beck launched his own news outlet, TheBlaze. But last month the Daily Beast reported it “appears to be on its last legs” after another round of layoffs to a staff already demoralized from one last September.

“He’s totally off the rails, as evidenced in his softball interview with Brian Stelter, which he still managed to flub,” Kassam told TheWrap. “TheBlaze is a total joke.”

Beck has struggled to translate the fire and fury (and audience) from his time at Fox News to his own enterprise. Conservative critics have largely panned Beck’s response to the Trump presidency, which included a denunciation of Trump in the New York Times.

“Everything was so vitriolic and messy, and I think TheBlaze was a casualty of that,” said the employee.

A proposed merger with Shapiro’s Daily Wire fell through when the two sides could not agree to terms.

“We were looking for a deal that could advance both of our interests. We didn’t find it this time,” Daily Wire COO Jeremy Boreing told TheWrap. “I doubt it’s the last time we try to make something happen.”

Beck did not immediately respond to a request for comment from TheWrap.

Another loser in recent months has been Breitbart. Though Ann Coulter told TheWrap that it was “the main source for real news in America today,” and that “everybody” read it, the numbers tell a different story.

In May, the Breitbart website suffered its seventh straight month of traffic decline, according to Politico. From December until May, the company fell from more than 80 million monthly page views to just over 66 million, according to SimilarWeb.

Where once the website was a regular part of the conversation — with lightning rods like Yiannopoulos storming college campuses — it has spent much of the Trump era in the service of aggregation and creating the look of a more traditional website. Its former leader, Steve Bannon, left to join the Trump White House, then rejoined Breitbart, but left again after the book “Fire and Fury” included Bannon quotes critical of Trump’s family.

“The loss of [Steve] Bannon, as well as the disruption in the relationship with the Mercers and an advertisers’ exodus, have left Breitbart without a figurehead, an identity, and without the financial means to expand,” the website’s former spokesman, Kurt Bardella, told TheWrap.

Reps for Breitbart pushed back, telling TheWrap that there are other metrics besides just traffic.

“Breitbart’s ability to act as the popular voice of conservative America has never been stronger,” said a company representative, citing a number of occasions when Trump officials have referenced Breitbart stories. “It’s important to recognize influence as well as traffic.”