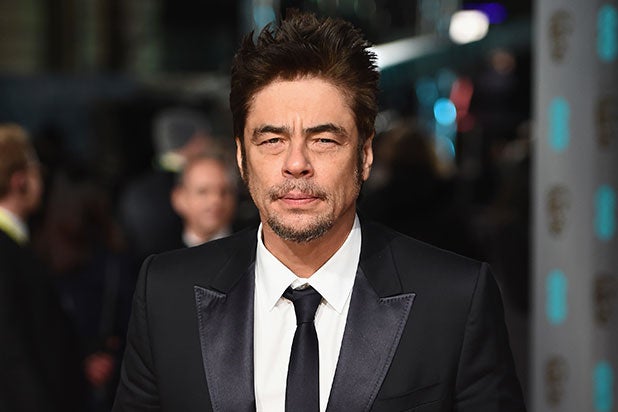 Benicio Del Toro is in talks to star in Shane Black’s “The Predator” for Fox, a reboot of the “Predator” franchise that launched back in 1987.

Plot details for the reboot are being kept under wraps but the new film is said to be an ensemble film anchored by the character to be played by del Toro.

The original “Predator” was directed by John McTiernan and starred Arnold Schwarzenegger, Carl Weathers and Jesse Ventura as a commando rescue unit stalked in a jungle by an alien hunter.

Black, who had a small part as an actor in the original “Predator” as a member of Schwarzenegger’s unit, is directing the reboot from a screenplay by Fred Dekker, based on a treatment by Black.

John Davis, Joel Silver and Lawrence Gordon are producing the reboot with hopes to begin shooting early next year.

Del Toro, an Oscar winner for 2000’s “Traffic,” appeared in 2014’s “Guardians of the Galaxy” as The Collector as well as last fall’s “Sicario.” He is set to appear in “Star Wars: Episode VIII.”

In addition, a sequel to “Sicario” titled “Soldado” which focuses on del Toro’s assassin character, is currently in active development at Lionsgate and Black Label Media.

Del Toro  is repped by CAA.