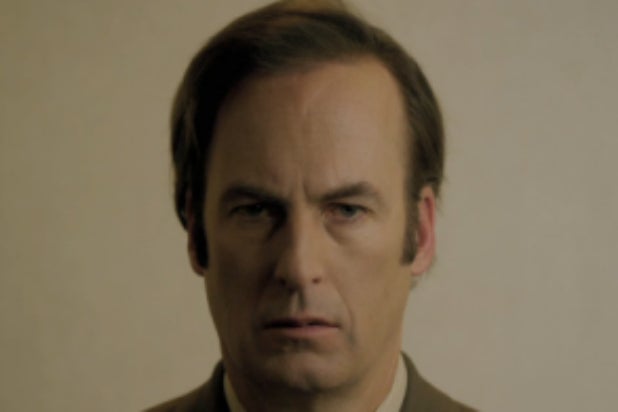 Well, that’s not entirely correct: It is actually James M. McGill — what Goodman used to be known as — who makes that declaration in the 30-second snippet for the upcoming “Breaking Bad” prequel. And, also, he doesn’t really care about the humanity aspect of the atonement — he just wants the money and the courtroom “W.”

At one point during the short-yet-footage-filled teaser, Goodman/McGill is dumped in the desert, tied up and gagged with duct tape. That’s a look the lawyer would get used to later in his career.

Also popping up in the short video is star Bob Odenkirk‘s fellow sketch comedian Michael McKean, who clearly is less about the Benjamins than the titular sleazy attorney.

“Better Call Saul” comes to AMC on Sunday, Feb. 8 at 10 p.m., with a second episode airing the following night at 10.