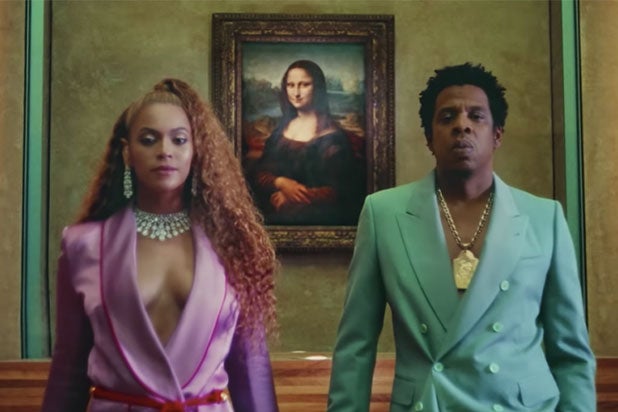 In the closing moments of Beyoncé and Jay-Z’s “On the Run II” show in Atlanta on Saturday night, someone from the crowd rushed on stage and ran after the couple.

As the two were leaving the stage, an “intoxicated” concert-goer seemingly just walked up a set of steps onto the stage. The tour issued a statement that no one was hurt and that they were able to diffuse the situation, but in the moment, there was quite a lot of drama and confusion.

In the videos below, it can be seen that as the two were walking upstage, a man in a white jersey made his way to the stage unhindered and rushed after them before the dancers and security recognized what was going on.

I guess this is when it happened but I don’t see a fight pic.twitter.com/O0rHWz1a2K

Another view of the drama…. pic.twitter.com/Of0Ck67i5R

Live Nation did not provide a statement regarding the incident, however, Beyoncé’s publicist Yvette Noel-Schure said in an Instagram post on Sunday that both Beyoncé and Jay-Z were fine and would continue the tour.

“Thank you to all the fans for your concern. They are fine and looking forward to the show tomorrow,” Noel-Schure wrote

For the record: A previous version of this story included a statement to CNN that the outlet wrongly attributed to tour organizers.