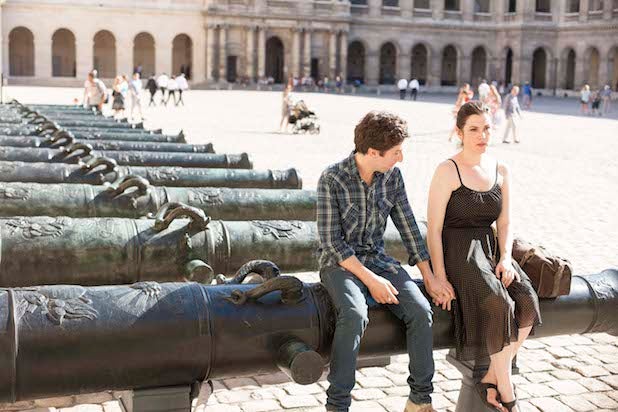 Orion Releasing has acquired North American rights to “We’ll Never Have Paris,” the directorial debut of “The Big Bang Theory” star Simon Helberg, who also wrote, produced and stars in the film, it was announced Tuesday.

The film was produced by Robert Ogden Barnum (“All Is Lost”), Katie Mustard (“The Greatest”), Helberg and Towne, and executive produced by Marc Platt, Cassian Elwes and Judd Rubin.

It will be released theatrically in select markets on Jan. 22, 2015 in advance of a VOD release.

Based on Helberg and Towne’s real-life romantic history, “We’ll Never Have Paris” follows a neurotic mess of a man (Helberg) in the midst a quarter-life crisis that explodes when an attractive coworker (Grace) confesses her love for him mere moments before he is about to propose to his longtime girlfriend (Lynskey). When he up and leaves his true love he regrets his decision almost instantly — only to discover she has fled to Paris and he must now dash across the Atlantic to win her back.

“This is a deeply personal film for us that looks closely at the pain and suffering leading up to our catastrophic proposal. And we’re thrilled that Orion finds it as hilarious as we do,” Towne and Helberg said in a joint statement.

In addition to his award-winning role on “The Big Bang Theory,” Helberg has appeared in the Coen brothers’ “A Serious Man” and Towne’s indie feature “I Am I,” which he also executive produced.

Helberg and Towne are represented by UTA and the “We’ll Never Have Paris” deal was negotiated by UTA Independent Film Group on behalf of the filmmakers. K5 International will be handling foreign sales for the film.