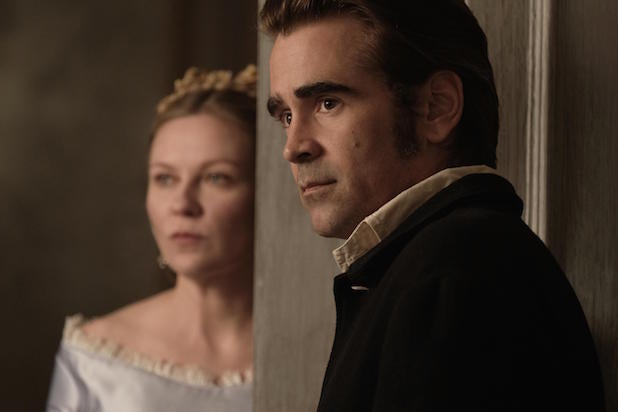 Focus Features’ “The Beguiled” and Amazon/Lionsgate’s “The Big Sick” continued their domination of the indie box office with expansions this weekend to gross a combined total of just under $5 million.

“The Beguiled” went nationwide this holiday weekend, expanding to 674 screens and finishing eighth among all movies with $3.3 million and a per screen average of $4,836. “The Big Sick” went for a smaller expansion of 71 screens, grossing $1.67 million for a very strong second-frame PSA of $23,550. The romantic comedy opens wide July 14.

The big new release this week is Gunpowder & Sky’s “The Little Hours,” which released at the Hollywood Arclight and the Landmark Sunshine in New York. The 14th century comedy made $61,560 for a PSA of $30,780.

Loosely based on a section of Boccaccio’s The Decameron and filmed on location in Tuscany, “The Little Hours” tells the story of a young servant fleeing from his master and taking refuge at a convent full of emotionally and sexually frustrated nuns. The film stars Alison Brie, Dave Franco, Kate Micucci, Aubrey Plaza, John C. Reilly, Molly Shannon, Fred Armisen and Nick Offerman. The film was written and directed by Jeff Baena and produced by Plaza and Elizabeth Destro. Bow and Arrow executive produced the film.

Among holdovers, Roadside Attractions’ “Beatriz at Dinner” added $1.1 million in its fourth week from 683 screens, while The Orchard’s Sam Elliott-starring drama “The Hero” made $920,000 in its fourth frame from 401 screens to bring its cume to $2.11 million.