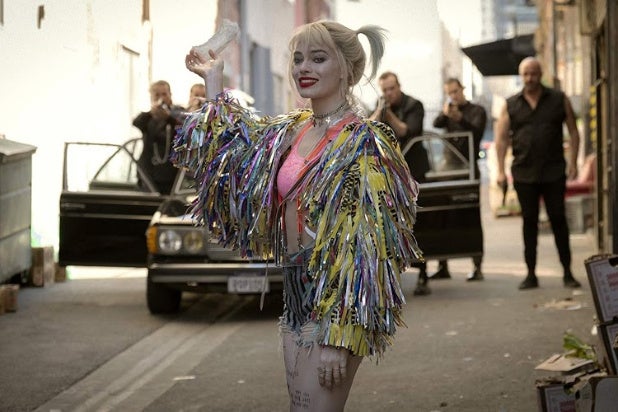 (This article contains a very small spoiler for “Birds of Prey”)

Perhaps the best way to describe “Birds of Prey” — just in terms of what kind of movie it is, not whether it’s good or bad — is “sensory overload.” It’s like if “Deadpool” wasn’t just goofy and self-referential, but also was covered with crazy and disorienting visuals. It’s just a lot to take in.

So it can be easy, when leaving the theater, to forget one of the most fascinating bits in the whole film: that “Bird of Prey” established that Bernie Sanders exists in this shared universe of movies based on DC Comics, aka the DC Extended Universe.

This reveal comes midway through the film, when when lots of random folks who Harley Quinn (Margot Robbie) has wronged in various ways try to kill her. Each time we meet a new one of these folks, Harley pauses the film and tells us what she did that made them hate her so much — the “grievances.” And when the main villain, Roman Sionis (Ewan McGregor) runs into her, the list of grievances is very, very long. Harley skims through the list, and in the middle of it is the fact that she “voted for Bernie.”

This is pretty crazy because there are a lot of really fun implications to consider here. The DC world is not our world, what with the setting of “Birds of Prey” being the entirely fictional Gotham City. Plus, the presence of superheros and all that.

So like, Bernie exists in this movie, and he was running for president? Is Donald Trump the president? Is the political establishment the same in that universe as it is here? Or did Bernie actually win in 2016 in that universe? If she voted for Bernie does that mean that the Joker also voted for Bernie? Who did all the other super people in these movies vote for? There’s a lot to think about.

We don’t know the answers to all those questions. But we do know how this joke came to be, because we asked director Cathy Yan about it when she visited our office.

Yan said the joke more of an offhand thing than a calculated bit of political commentary, really just there purely because it’s a funny idea that Harley voted for Bernie and that’s why the bad guy wants her dead. She said that the idea came up while she and “Birds of Prey” screenwriter Christina Hodson were having a brainstorm session trying to come up with funny reasons why Roman would be mad at Harley.

“With the grievances we were just kinda coming up with different grievances, and I would throw some ideas in, and Christina Hodson would throw some ideas in,” Yan said. “I think the Bernie thing, I’ll give full credit to Christina on that one. And we all just chuckled at it so we thought, why not? And I think tonally and stylistically this is a movie that can afford that kind of stuff, and a little bit of self-awareness — or a lot of self-awareness, I should say. And not a lot of movies get to make a Bernie joke, so sure, let’s do it.”

So yeah. It’s just for fun! But we can’t stop thinking about what this means for the DCEU. It probably doesn’t actually mean anything, but it’s amusing to ponder anyway.