A live-action TV series adaptation of the groundbreaking sci-fi film “Blade Runner” is currently in development, according to filmmaker Ridley Scott.

Scott, who directed the 1982 film after bursting onto the scene with “The Duelists” and “Alien,” told the BBC on Monday that a “Blade Runner” TV series is being planned and the first season will span 10 episodes.

This is the first time “Blade Runner” is getting the live-action TV treatment, but an anime series titled “Blade Runner: Black Lotus” premiered on Adult Swim earlier in November. 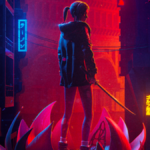 Also Read:
Alcon Has 2 Employees Whose Jobs Are to Keep the ‘Blade Runner’ Timeline Straight

The original “Blade Runner” was based on the Philip K. Dick novel “Do Androids Dream of Electric Sheep?” While it was a commercial disappointment upon release, the film grew in stature over the years to become well-regarded by critics and audiences alike. After years of teasing some sort of follow-up, a feature film sequel was produced in 2017 called “Blade Runner 2049” that saw Harrison Ford reprising his role as replicant hunter Rick Deckard opposite Ryan Gosling. Scott produced the film, which was directed by Denis Villeneuve, but like the original “Blade Runner,” the sequel was something of a commercial disappointment. It did, however, win over critics and earned two Oscars, including Best Cinematography.

It’s unclear if this “Blade Runner” TV series is being developed as a serialized show or a limited series, and it appears the show isn’t yet set up at a network or streamer.

In addition to “Blade Runner,” Scott’s Scott Free Productions is also developing an “Alien” TV adaptation spearheaded by “Fargo” and “Legion” creator Noah Hawley. That show is already set up at FX.

Scott’s Scott Free Productions Banner has been working in television for the last couple of decades, producing well-regarded series like the AMC anthology show “The Terror” and the HBO Max series “Raised by Wolves.”