Adult Swim and Crunchyroll’s upcoming animated series “Blade Runner: Black Lotus” takes place between the events of Ridley Scott’s 1982 classic “Blade Runner” and Denis Villeneuve’s 2017 sequel “Blade Runner: 2049.” Set in a futuristic world that plays by its own very strict rules, the minds behind the series at Alcon Entertainment, the owner of the “keeper” of the “Blade Runner” IP, strived to make sure that everything in their new series did in fact play by those rules.

Lucky for the “Black Lotus” team, there are already people at Alcon who spend their days keeping the “Blade Runner” timeline straight.

“We have two people who work for us at Alcon whose— I wouldn’t say it’s their full-time job, (but) it’s the majority of their job,” Andrew Kosgrove, the co-founder and co-CEO of Alcon, said Tuesday during a virtual panel at the Television Critics Association’s press tour. 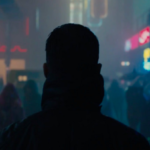 They take it “really seriously,” Kosgrove said, “interweaving the different stories and making sure the timelines, the canon, the character motivations are all seamless and have a logic within the canon.”

“Our goal at Alcon, because we’re the keeper of the ‘Blade Runner’ IP, and therefore we take the canon of the franchise very seriously, because the fans, of which there are so many, have invested so much of themselves in the material,” Kosgrove said. “And so what we wanted to do was to make sure that we were setting the show in a time where the timeline between the events one had seen in the original film, Ridley’s original, and Denis’s ‘2049’ made sense in that timeline. And so this year, as fans see the show, there are little Easter eggs and nuggets of the of the various things occurring in the ‘Blade Runner’ universe that line up into that timeline. And so that’s why we picked the year that we did.”

“Blade Runner: Black Lotus” follows Elle (voiced by Jessica Henwick for the English-speaking version and Arisa Shida for the Japanese version), a young woman who wakes up with no memories and possessing deadly skills, with the only clues to her mystery being a locked data device and a tattoo of a black lotus. Putting together the pieces, she must hunt down the people responsible for her brutal and bloody past to find the truth of her lost identity.

To give you an even better understanding of exactly when “Black Lotus,” which is set to premiere later this year on Adult Swim and Crunchyroll, takes place, here is more from Kosgrove:

“This is occurred after the blackout, if you remember, from ‘2049,’ the blackout is a key story point. So this has occurred post-blackout. It’s occurred at the point at which replicants have been banned… And the Tyrell Corporation is in trouble. But of course, we have the new version of the Tyrell Corporation, which is coming along with a new version of replicants… The timeline falls about halfway between the end of the first ‘Blade Runner’ and the start of a ‘2049.’ So we’re right in sort of that midway point where the character that, of course, Jared Leto plays in our movie, is coming into prominence and bringing his vision of what replicants can be to the world. But there is a lot of politics behind the scenes. And, of course, the character of Elle is wrapped up in that.” 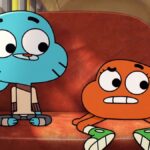