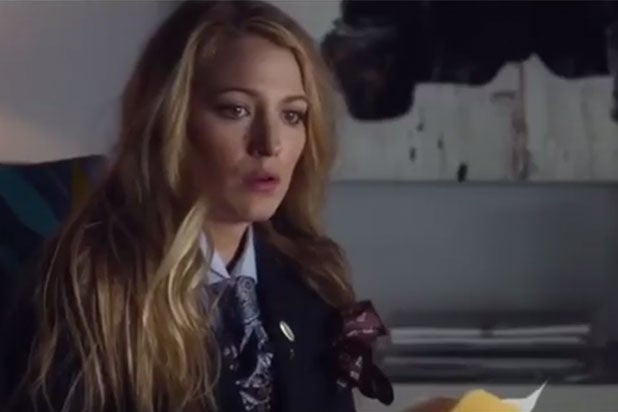 Blake Lively has resurfaced after her Instagram blackout with a teaser trailer for her next film, “A Simple Favor.”

The film, directed by Paul Feig, looks into the mysterious disappearance of Emily Nelson (Lively). Anna Kendrick, who plays Emily’s best friend, says in the trailer, “I do consider Emily my best friend, she’s this wonderful, elegant person… Five days ago, Emily went missing. I realized I don’t really know her as well as I thought I did.”

Earlier this week, Lively cleared all of her Instagram posts and unfollowed everyone, including her husband Ryan Reynolds. She also started following only women with the name Emily Nelson.

Kendrick has jumped in on the social media fun as well. Five days after she shared a still from “A Simple Favor,” she reposted the same photo, only this time, Lively was erased from the image.

When Reynolds was asked how he felt about losing his wife as a social media follower, he said, “Very sad about that. Definitely stings. It’s a terrible way to find out that I’ve been kicked out of the house, to be honest. Absolutely terrible.”

“A Simple Favor” also stars Linda Cardellini and Henry Golding and will hit theaters on September 14.