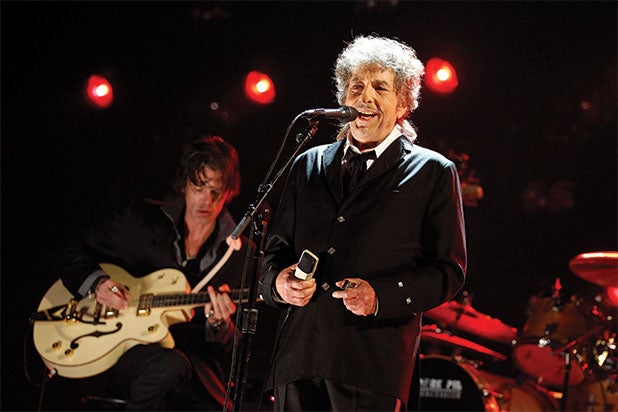 Days after having been awarded the 2016 Nobel Prize in Literature, the Nobel Prize committee has “stopped trying” to reach Bob Dylan.

“We have stopped trying — we said everything we needed to his manager and friend, he knows about us being eager having confirmation from him, but we haven’t heard anything back,” Odd Zschiedrich, administrative director of the Swedish Academy, told CNN on Tuesday.

In a statement to TheWrap, Swedish Academy permanent secretary Sara Danius said, “We have not yet established direct contact with Bob Dylan but I have spoken to one of his close colleagues, who was extremely gracious.” However, Dylan will still receive the prize even if he won’t attend the ceremony to receive it.

“It would be fantastic if Dylan wanted to come to Stockholm in December but if he doesn’t want to, so be it,” she added. “It has happened before, for different reasons – think Alice Munro, Doris Lessing, Harold Pinter and Elfriede Jelinek, to name a few. Whatever transpires, the award belongs to Dylan, which is what is important as far as the Swedish Academy is concerned.”

The celebrated singer-songwriter was awarded the prestigious prize in Literature on Thursday “for having created new poetic expressions within the great American song tradition,” said Danius. The Academy is responsible for choosing the winner of the prize in Literature.

“He is a great poet in the English speaking tradition,” Danius said in an interview after Dylan was announced as the winner. “And he is a wonderful sampler. The very original sampler. He embodies the tradition and for 54 years now he has been at it and reinventing himself constantly.”

Since 1988, Dylan has been on what is known as the Never Ending Tour, playing upwards of 100 dates a year. This year he has played 75 live shows, and counting.

According to CNN, Dylan performed in concert on Monday in Las Vegas.

Reps for Dylan and the Swedish Academy have not yet responded to TheWrap’s request for comment.