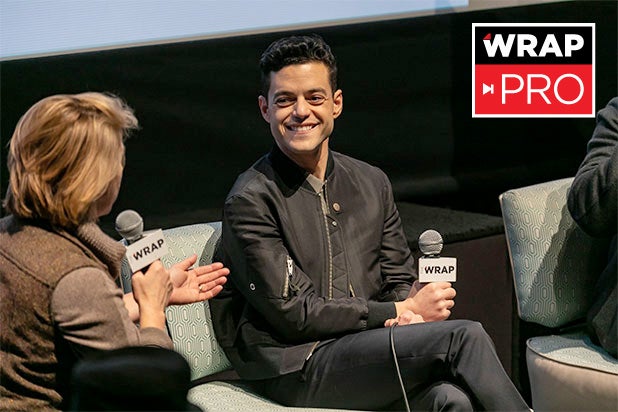 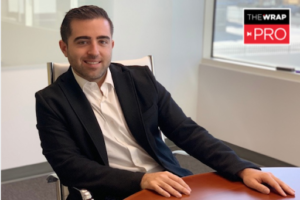 ‘Bohemian Rhapsody’ Star Rami Malek on the Most Fun Scene to Shoot – And No, It Wasn’t Live Aid (Video)

Days on the “Bohemian Rhapsody” set were filled with wonderful (if not tumultuous) moments for Rami Malek, but his fondest memory was of filming the Rio de Janeiro concert near the end of production.

“The most fun was towards the end — there’s that scene in Rio, where Freddie is leading the audience and kind of conducting them,” Malek told TheWrap’s editor-in-chief Sharon Waxman at TheWrap’s screening series in Los Angeles last week. “That was the last scene I shot, and I got to conduct in front of the camera, and take a bow. At that point, I had become extremely flexible, so my bow felt really good from take one. And it came to about take four when I thought, what is going on that Dexter is asking me to keep bowing and bowing? I come up from take five and the entire crew has surrounded me at that point and started to applaud as I come up. He was only asking me to bow that many times so he could assemble everyone that had worked their butts off. It was the sweetest moment I’ve ever had on camera.”

“Bohemian Rhapsody” producer Graham King added that his favorite moment on set was when Mike Myers showed up for his cameo: “You try not to laugh during the take… [Also], Live Aid, of course.”

Of course, “it was a tumultuous time when it was difficult,” Malek added. He had to physically and emotionally transform into Queen frontman Freddie Mercury, crash dieting, working out and wearing fake teeth and prosthetics to emulate one of the most iconic musicians ever.

Previously, the actor had told TheWrap that shooting Live Aid, which they shot first, was difficult because he not only had to recreate Mercury’s steps and moves during the 22-minute set, but he also had to be in prime condition to perform a concert set with the same energy Mercury exhibited some 33 years ago. Now, Malek added that they shot the entire concert set three times.

Of course, one of Malek’s least favorite moments from bringing the movie to the big screen after a decade of problems was the fact that director Bryan Singer left the project in the midst of production, only to be replaced by Dexter Fletcher. Singer was fired after going AWOL during production amid personal problems.

“It was not my favorite moment,” said Malek, to which King added, “At the time, it was par for the course of the project. We thought, ‘what else could go wrong?’ Unfortunately, Bryan has issues. His mom was very sick, and he wanted to go and see her, and we wanted to finish the movie but he wanted a hiatus… I spoke to the studio and they said, ‘would you rather finish filming?’ and I said ‘yes’ and they did what they did. We kind of stayed out of it, and my job was to keep these guys pumped up.”

The movie took years to make, with multiple people getting attached but then dropping out on all ends. In fact, King said he almost sold the rights to a streaming service but soon decided against it.

“I came this close to selling this before Rami got involved to a streaming company, because my lawyer was like, ‘this is the most amazing financial deal for you, you have to take it,'” he said. “I was like, ‘Freddie invented playing to the masses, I want to create that in a theater!… What Queen and Freddie did so amazingly was bring people together.”

The film has grossed almost $750 million worldwide, and has received multiple awards, most recently, Golden Globes for both Malek and the film, which was named best drama. “Don’t Stop Me Now,” indeed. And Malek has no intention of ever letting go of Freddie Mercury — although he is the most polar opposite of Malek’s other character, hacker Elliot Alderson from “Mr. Robot.”

“I did say: If you give me the opportunity, I will bleed for this,” Malek said. “I was shocked because [the producers] knew me from ‘Mr. Robot,’ where Elliot is profoundly alienated and someone who has intense social anxiety, and to think of Elliot talking on stage to 1,000 people… Elliot, I always keep in the back of my pocket, but it’s easier to walk away from him than Freddie. I really fell in love with him, and I don’t want him to go away. I want to keep that alive.”