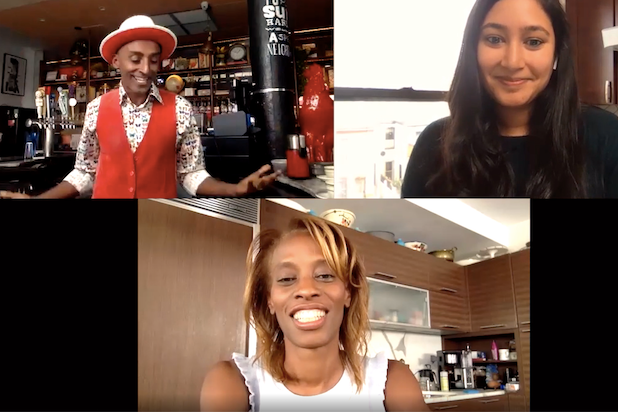 Bon Appétit relaunched its YouTube channel Tuesday with a diverse slate of new chef-hosts after months of turmoil and the exit of numerous high-profile hosts of color over accusations of unequal pay and treatment.

Some of the popular Bon Appétit series will resume production in October and premiere later in the fall. Some new pilots will air in November. The magazine added in a statement, “As part of its ongoing commitment to providing platforms for new voices, diverse content, and inclusive programming, this fall will bring fresh, flavorful perspectives to the kitchen.”

Priya Krishna, Sohla El-Waylly, and Rick Martinez were among the first high-profile hosts to leave the site’s Test Kitchen, announcing their departures in August weeks after Adam Rapoport stepped down as editor in chief of the Condé Nast brand after a photo surfaced of him in brownface. Bon Appétit offered a “long-overdue apology” at the time for “the much broader and longstanding impact of racism at these brands.”

Brad Leone, Chris Morocco, and Andy Baraghani will be returning to the channel as well.

“Our audience is eager for new programming and the return of some of their favorites. With new leadership, we’ve been working together to build a new vision for the brand,” Chopra said in a statement. “We are excited to welcome fans back to our channel with new shows, new and familiar faces, and new recipes.”

In August, after the host exodus, Condé Nast sent a memo to BA staff stating that the company would not be willing to break its new standardized video pay rates for salaried and freelance staff.

“We are planning for BA video production to begin in September with some returning talent, in addition to new contributors which we’ll be announcing in the coming week,” global HR officer Stan Duncan wrote in the memo. “We will be using this time to reset and work with the teams and ensure diversity in front of and behind the camera for BA video. We are sorry to see some of our video contributors part ways, but we feel that we cannot break the standard compensation rates we’ve set across our teams now in order to keep them, as some have been requesting.”

A spokesperson for Bon Appétit said at the time they could not disclose to TheWrap what the new standardized pay rates were, but Business Insider reported that contracts offered to Krishna and Martinez included “a $1,000 day rate for hosted videos, $625 for videos in which other talent members made an appearance of two minutes or longer, and $0 for videos in which their appearances were shorter than two minutes” and 10 guaranteed video appearances a year — rates that, according to Martinez, would not have matched what some of the Test Kitchen’s white stars would’ve received.

Duncan’s memo rejected the accusations that the company was inequitably compensating staffers of color, writing that a third-party investigation — conducted by Proskauer Rose — did not find “evidence that race played a factor in setting compensation for any video team members” and instead found that “everyone was compensated fairly for video through their full-time salaries or other means as part of project or freelance agreements.”