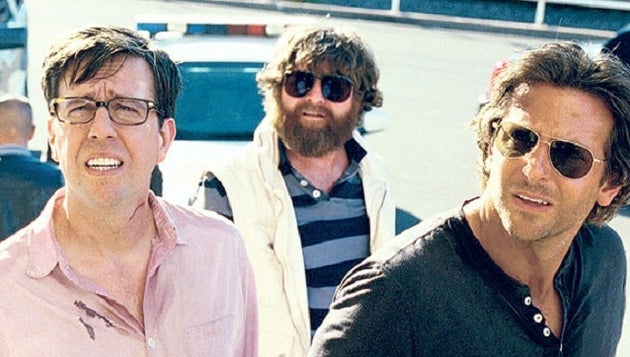 Debauchery paid off in a big way for "The Hangover Part III," as the latest installment in the black-out franchise generated $3.1 million in late night screenings on Wednesday, according to studio estimates.

That's a strong number for midnight shows on a hump day, though it can't compete with the $10.4 million "The Hangover Part II" generated in late night screenings when it hit theaters two years ago. That figure stands as a record number for an R-rated release.

The latest "Hangover" sequel will expand to 3,555 theaters nationwide on Thursday in advance of Memorial Day Weekend. The holiday will be a particularly stacked one for big budget movies, as Universal's "Fast & Furious 6" and Fox's animated "Epic" debut on the weekend as well and "Star Trek Into Darkness" and "Iron Man 3" are expected to continue drawing crowds.

Box office analysts project "Hangover Part III" will generate $75 million over the long weekend, less than the $135 million the previous installment in the Wolf Pack saga generated in 2011. However, the competition for male moviegoers was not as fierce as it will be this year. "Fast & Furious 6" is expected to lure in many of the same ticket-buyers and is on pace to win the weekend with an $80 million or more haul.

"The Hangover Part III" is co-produced by Legendary Pictures and Warner Bros. and brings back stars Bradley Cooper, Ed Helms, Zach Galifianakis and director Todd Phillips. It also returns the action to Las Vegas following an excursion to Bangkok in "Part II."