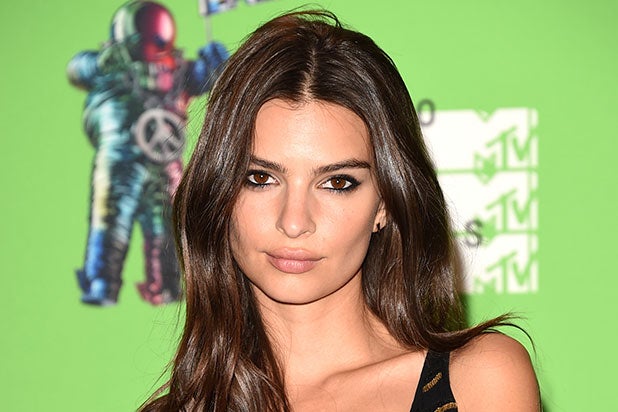 Don’t worry, Emma Watson; Emily Ratajkowski has your, uh, back.

Model/actress Ratajkowski came to “Beauty and the Beast” star’s defense Friday, after Watson was accused of hypocrisy for posing braless during a “Vanity Fair” photo-shoot.

Ratajkowski, who has some experience in such matters, showed solidarity with Watson with a Twitter link to an Elle article titled, “Emma Watson’s Breasts Do Not Herald the Downfall of Feminism.” The link was accompanied by a series of hand-clapping emoticons from Ratajkowski.

In another tweet, Ratajkowski quoted a line from the article, “If you can’t take a woman seriously because you’ve seen her body, that’s on you.”

“Harry Potter” alum Watson, a vocal proponent of feminism, came under fire earlier this week in some corners of social media after a photo from her Vanity Fair photo-shoot made the rounds.

While Watson’s  breasts weren’t fully exposed and she was wearing a skimpy garment that helped protect her modesty, the actress was still targeted for championing feminism while baring flesh for a magazine.

“Emma Watson is a disgusting hypocrite for this and I hate her even more,” one critic hissed.

“Emma Watson: ‘Feminism, feminism… gender wage gap… why oh why am I not taken seriously… feminism… oh, and here are my tits!'” another detractor scoffed.

Ratajkowski has been similarly criticized for espousing feminism while posing in various states of undress. Notably, Ratajkowski and friend  Kim Kardashian were roasted by British media personality Piers Morgan after they posted a topless selfie on Twitter.

“Just a thought @KimKardashian @emrata – but you could always try wearing a little dignity?” Morgan tweeted.

For good measure, he added in a later post, “RIP feminism.”

“If you can’t take a woman seriously because you’ve seen her body, that’s on you”

how is emma watson a hypocrite for this photo in vanity fair? feminism isn’t about policing people’s bodies, the exact opposite in fact lmao pic.twitter.com/R8G5sqVuxP

Emma Watson is a disgusting hypocrite for this and I hate her even more pic.twitter.com/hqftBtShWQ

Emma Watson: “Feminism, feminism… gender wage gap… why oh why am I not taken seriously… feminism… oh, and here are my tits!” pic.twitter.com/gb7OvxzRH9