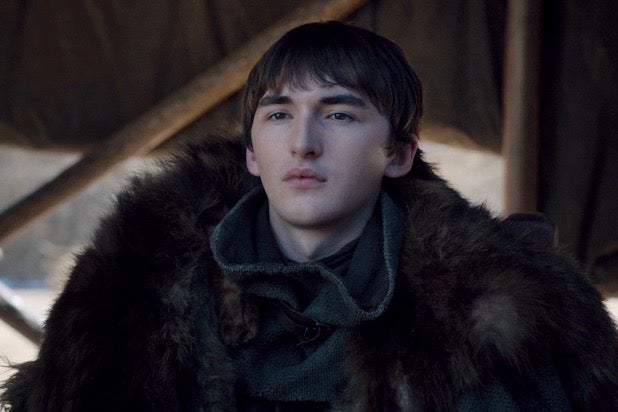 “Game of Thrones” gave fans one more big twist toward the end of its series finale, when it was revealed that Bran Stark a.k.a. the Three-Eyed Raven (played by Isaac Hempstead Wright) would be the leader of the Seven — er, Six Kingdoms, following the murder of Daenerys Targaryen (Emilia Clarke) at the hand of Jon Snow (Kit Harington).

He was elected by a committee made up by the lords and ladies of Westeros, after Tyrion (Peter Dinklage) gave a rousing speech about how Bran’s story and the stories he holds about their history will make him the perfect king.

While viewers continue to heatedly debate whether or not Bran should have been the one sitting on the now-metaphorical Iron Throne — since that sword-covered chair was burned up by Drogon after Dany’s death — one thing is for sure: We couldn’t have gotten to this end without Hodor.

As fans will remember, Hodor (Kristian Nairn) died what is arguably one of the most tragic deaths in the history of the D.B. Weiss and David Benioff-created HBO series back in Season 6, when he was ripped apart by wights after being ordered by Meera to “hold the door” to the Three-Eyed Raven’s hideout so she could get Bran to safety. Bran would not still be with us today if it weren’t for Hodor’s bravery.

So when TheWrap spoke with Wright on Monday about the series finale, we of course had to ask if he would be erecting a memorial to Hodor in King’s Landing as his first act as king.

“I think he’ll first start with disabled access ramps,” Wright told us. “King’s Landing does not look like a hugely friendly city for the disabled community. I think that will be Bran’s first policy, accessibility.”

OK, fair. Maybe it will be his second priority. Read more from our interview with Wright here.