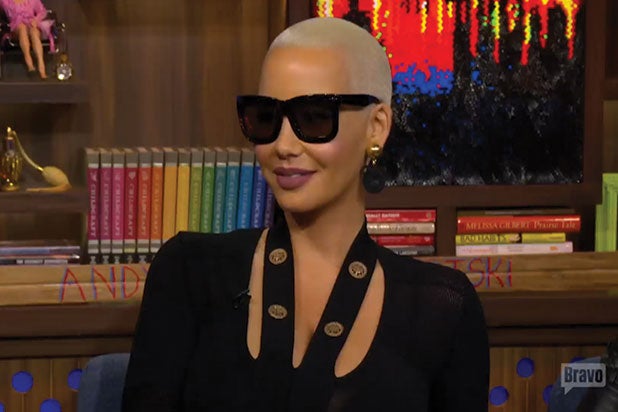 Amber Rose wasn’t having any of the questions Andy Cohen asked her in the “Plead the Fifth” segment of “Watch What Happens Live” on Sunday.

During the bit, a guest can only plead the fifth to one of three questions asked by Cohen — however, Rose declined to answer all three, prompting Cohen to congratulate her on “doing the worst job on ‘Plead the Fifth’ and not answering any of the questions.”

Before Cohen could finish his first question, which was “Rank these Kardashian-Jenners from least to most interesting,” Rose called to “plead the fifth. I’m not doing it.”

Cohen then asked her to expose the celebrities who demanded upwards of $30,000 to take part in Rose’s L.A. Slut Walk, a charity event staged by her nonprofit organization which fights gender inequality.

Back in September, Rose tweeted that “it’s sad how every female artist I’ve asked (that’s available) to perform at my Slut Walk are trying to charge me 30k – 40k smh.”

“I really don’t want to put them out there, Andy,” she said, conceding that there were five women who asked for payment.

Cohen’s last question began with, “As we know, Kanye West said…” but he was cut off before he could get to the core of the question.

“I’m not talking about Kanye or the Kardashians at all,” she said. “I plead the fifth again. I’m using it twice.”