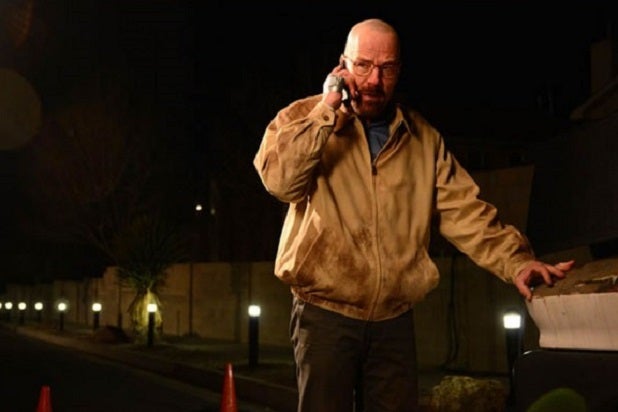 The episode, which followed a massive cliffhanger last week, also pulled in 4.052 million total viewers in the 18-49 demographic most important to advertisers.

That put the episode well ahead of the average for the second half of the fifth and final season. Through six episodes, the final run of the show is averaging 5.2 million total viewers and 3.3 million in the demo.

The series, which stars Bryan Cranston as meek high school teacher-turned meth baron Walter White, set a record when it returned for the second half of its fifth season in August, grabbing 5.9 million total viewers — a 102 percent increase over the premiere of Season 5.

In the demo, the August return drew 3.6 million viewers, compared to 1.9 million for the Season 5 premiere.