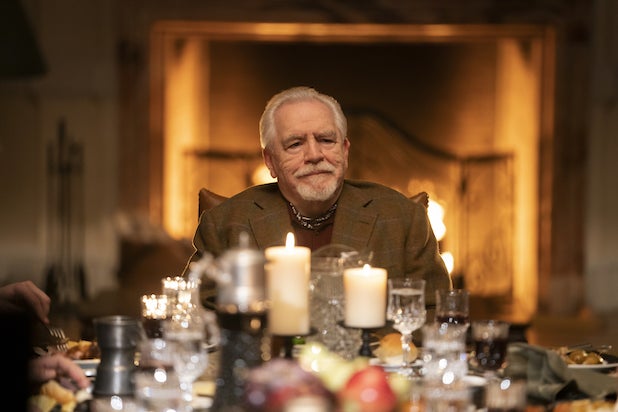 Brian Cox was just as surprised as his “Succession” alter-ego Logan Roy was when Kendall (Jeremy Strong) performed the now-infamous rap “L to the OG.”

“I didn’t know anything about it until the take,” Cox told TheWrap following his Emmy nomination for playing the Roy family patriarch on the HBO drama. For those that need a refresher, the eldest Roy son decided to commemorate his father’s 50-year reign over Waystar Royco with a completely original, and utterly bonkers, rap.

“It was bizarre, considering it was being filmed in my home town,” Cox continued. “I just though it was such an odd thing.”

Also Read: 'Succession' Star Jeremy Strong on That Notorious 'L to the OG' Rap: 'It Felt Like Walking the Plank'

Like most shows this year, “Succession” has had to delay its next season due to the coronavirus pandemic. Cox said he is hopeful that they can start production before the end of the year, “but it’s hard to say.” Given how the pandemic has spotlighted the disparity between the ultra-wealthy and everyone else, TheWrap asked Cox whether or not it would make its way into the next season, which had already been written in full prior to the shutdowns.

“This is a problem for the writers. I don’t know how they’re dealing with that,” he said. He has an idea, though, for how Logan would handle the pandemic. “Somebody offers him a mask and he tells him to f— off.”