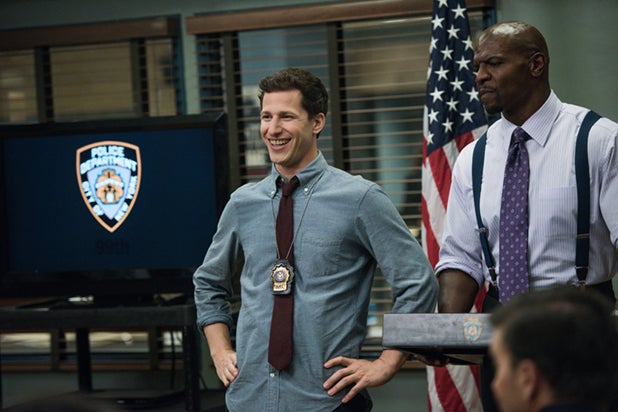 Following an outpouring of support in the wake of its cancellation at Fox, “Brooklyn Nine-Nine” has begun eying a return elsewhere.

According to an individual familiar with the discussions, producers Universal Television have received interest from multiple other networks and streaming platforms about potentially picking up a sixth season of the show.

The talks come just hours after the show fell victim to Fox’s pre-upfronts house-cleaning along with “The Mick” and “Last Man on Earth.”

However, news of the cancellation was met with a swift uproar from fans who objected to the decision, including from Mark Hamill, Guillermo del Toro and Lin-Manuel Miranda —  who encouraged his followers to tweet “#RenewB99” to save the show.

Among the potential new homes for “Brooklyn Nine-Nine” are Hulu — which famously saved “The Mindy Project” (also produced by Universal Television and 3Arts Entertainment) after it was canceled by Fox — and TBS, which currently holds syndication rights for the show and is run by former Fox boss, Kevin Reilly.