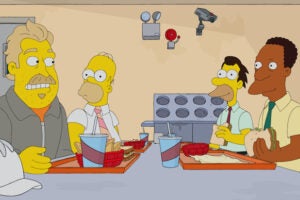 The Cannes Film Festival may have been canceled, but the festival will return in person to the Croisette late next month for a special event that will be open to the public.

Festival directors announced Monday that the Louis Lumière auditorium of the Palais des Festivals et des Congrès will open for the “2020 Special Cannes” across three days between October 27-29.

The event was designed in coordination with the Cannes City Council, and the mini festival will screen previews of four films that were official selections of the 2020 festival, as well as short films selected in competition and the Cinéfondation’s school films will be screened. A jury, which will be announced soon, will also award the Palme D’Or to the short films and the Cinéfondation prizes.

Also Read: How Much Will the 'Cannes 2020' Label Help When There's No Cannes Film Festival?

Among the films screening starting on the opening night are “The Big Hit!” by Emmanuel Courcol. It will conclude with the preview of Bruno Podalydès’ “The French Tech,” at which the director and the lead actress Sandrine Kiberlain will be in attendance. Other films that will screen include “True Mothers” by Japanese director Naomi Kawase and the debut film by Georgian director Déa Kulumbegashvili, “Beginning,” which just won the Concha de oro for Best Film as well as the awards for Best Director, Actress and Screenplay at the 68th San Sebastián International Film Festival.

“We are delighted to see the Festival hosted by the Cannes City Hall in October, just as we were sad not to have held the event in May,” Thierry Frémaux, general delegate for Cannes said in a statement Monday. “Thanks to this collaboration, films from the Official Selection will now be shown on the Croisette again. This is our way to be in Cannes, alongside its population and all the professionals with whom we work hand in hand every year.”

“We wanted the presence of the Festival de Cannes in 2020 to symbolize our fight on behalf of the events sector, which provides a living for hundreds of families, as well as the cultural impact for our city,” David Lisnard, mayor of Cannes, said in a statement. “It was imperative therefore that the Festival show up in Cannes for this extraordinary event, which respects all the usual rules: quality screenings in front of a regular audience, in evening dress, on the famous red carpet. Holding 2020 Cannes at the Palais des Festivals et des Congrès is a demonstration of our health-conscious, cultural, and economic capacity to host the best-known events, including the most famous and glorious of all – the Festival de Cannes.”

Also Read: 'The French Dispatch,' 'Soul' Make the Cannes 2020 Lineup As Festival Reveals the Movies It Would Have Shown

While Cannes had hoped earlier in the year to either postpone, the complete festival itself was ultimately canceled, even as a virtual marketplace still took place during its regularly scheduled time. Some of the films selected for the 2020 festival would have included Wes Anderson’s “The French Dispatch,” the latest Pixar film “Soul” and two of the films as part of Steve McQueen’s “Small Axe” anthology.

Despite being two of the longest running institutions in cinema, the Oscars and Cannes have not always been the best bedfellows. Only two films have won both the Palme d'Or and Best Picture, "Marty" and most recently "Parasite" ("The Lost Weekend" from 1945 shared the Grand Prix, the top prize from the festival at the time). But many more films that have played on the Croisette at Cannes have been nominated or won other big prizes from the Academy. These are the 17 films that both won the Palme d'Or and won an additional Oscar: