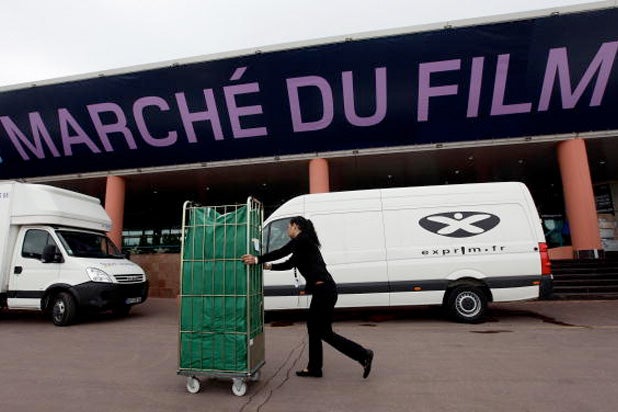 Deals are coming fast and furious at Cannes, where the new kids on the distribution block have been strutting their stuff and showing their mettle by opening their checkbooks.

After shelling out $9 million for the right to distribute Aaron Sorkin‘s directorial debut “Molly’s Game” (starring Jessica Chastain and Idris Elba) in the U.S. and China, STX Entertainment plunked down $50 million for international rights to Martin Scorsese‘s “The Irishman,” which is expected to reunite the director with stars Robert De Niro and Joe Pesci.

STX wasn’t the only company to make its mark on the Croisette, as Amazon beat out A24 in a bidding war for Lynne Ramsay‘s revenge drama “You Were Never Really Here” starring Joaquin Phoenix as a war veteran out to rescue women from sex trafficking.

A24 was initially declared the victor, with the company seemingly confirming the deal in a since-deleted tweet, but Amazon nearly double its rival’s offer, closing a deal for a reported $3.5 million.

A24 will not leave the French Riviera empty-handed, however, as the company picked up Yorgos Lanthimos’ next project “The Killing of a Sacred Deer” starring Colin Farrell. A24 came to the rescue earlier this year when Farrell and Lanthimos’ first collaboration, “The Lobster,” found itself in need of distribution amid Alchemy’s financial struggles.

A24 also picked up the coolest project we’ve read about this month, the Andrew Garfield-Dakota Johnson L.A. noir crime thriller “Under the Silver Lake,” which hails from “It Follows” director David Robert Mitchell.

TWC also bought the animated French film “Ballerina,” which features the voice of its “About Ray” star Elle Fanning. The deal put TWC back in business with Gaumont and Quad Films following the success of “The Intouchables,” which is being remade with Bryan Cranston and Kevin Hart in the lead roles.

“Ballerina” wasn’t the only animated movie to score U.S. distribution, as GKids acquired “The Girl Without Hands,” an adult fairy tale based on a story by the Brothers Grimm.

Sony Classics also bought Paul Verhoeven‘s “Elle” starring Isabelle Huppert as a woman who tracks down the man who violently assaulted her and plays a cat-and-mouse game with her assailant.

In one of the more intriguing deals this week, Open Road Films acquired Awesomeness Films’ “Before I Fall,” a high school movie that finds Zoey Deutch (“Everybody Wants Some!!”) reliving the worst day of her life. The film has been testing strongly, with teenagers responding well to breakout star Kian Lawley.