The Jan. 6 House Select Committee held its first hearing Tuesday, and police officers and lawmakers took GOP representatives to task for their response to the Capitol riot.

Several Capitol police officers testified Tuesday, recounting how they were on the receiving end of physical violence as supporters of then-President Donald Trump breached the Capitol in an effort to stop the certification of President Joe Biden’s 2020 electoral win.

Officer Michael Fanone, who has made regular media appearances since the deadly event in an effort to bring attention to what happened that day, said, “At one point I came face to face with an attacker who repeatedly lunged for me and attempted to remove my firearm. I heard chanting from some in the crowd: ‘Get his gun and kill him with his own gun.’ I was aware enough to recognize I was at risk of being stripped of and killed with my own firearm. I was electrocuted again and again and again with a taser. I’m sure I was screaming but I don’t think I could even hear my own voice.”

Representatives’ response to the riot has been “disgraceful,” he added, banging the table.

2. Officer recalls being called the n-word by rioters

Officer Harry Dunn noted that he was called the n-word by rioters, especially after he revealed he’d voted for Biden in the election.

During his testimony, Dunn said, “I think that’s in the rotunda where I became so emotional because I was able to process everything that happened. It was just so overwhelming and it’s so disheartening and disappointing that we live in a country with people like that, that attack you because of the color of your skin, just to hurt you. Those words are weapons. Thankfully, at the moment, it didn’t hinder me from doing my job, but once I was able to process it, it hurt. It hurt just reading it now and just thinking about it, that people demonize you because of the color of your skin when my blood is red, I’m an American citizen, I’m a police officer, I’m a peace officer, I’m here to defend this country, defend everybody in this building.”

Republican Congressman Adam Kinzinger, who was appointed to the bipartisan committee by House Speaker Nancy Pelosi, criticized members of his party for downplaying the riot.

“This cannot continue to be a partisan fight. I’m a Republican. I’m a conservative, but in order to heal from the damage caused that day, we need to call out the facts,” he said. “It is time to stop the outrage and the conspiracies that fuel the violence and division in this country and most importantly, we need to reject those that promote it.”

He addressed the officers in the room, too, choking up as he told them that in spite of the effects they’ve dealt with in the aftermath of the riot, they “won.” 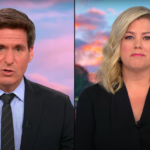 Republican Congresswoman Liz Cheney, who faced her party’s ire and was stripped of her committee assignments after she repeatedly spoke out against Trump, urged the assembled lawmakers to put politics aside as they investigate the riot.

“No member of Congress should now attempt to defend the indefensible, obstruct this investigation or whitewash what happened that day,” she said during her remarks. “We must act with honor and duty and in the interest of our nation.”

She called for prosecution of rioters and immediate action, saying, “The question for every one of us who serves in Congress — for every elected official across this great nation, indeed for every American — is this: Will we adhere to the rule of law? Will we respect the rulings of our courts? Will we preserve the peaceful transition of power? Or will we be so blinded by partisanship that we throw away the miracle of America? Do we hate our political adversaries more than we love our country and revere our Constitution?”

She said she prays “that is not the case.”

5. New footage of the riot was revealed

As expected, never-before-seen footage of the riot was played during the first day of hearings.

The footage showed rioters pushing against barriers, cursing at police officers and using what appeared to be chemical sprays and explosives. A disclaimer about the “disturbing” nature of the clips and police radio snippets was read before the compilation was played.