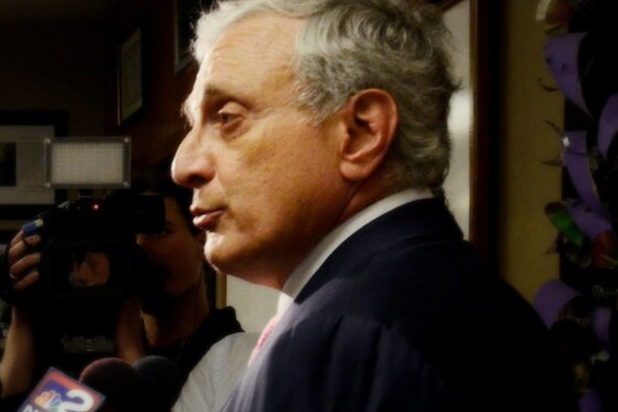 The New York co-chair of Donald Trump’s presidential campaign Carl Paladino issued an apology, sort of, for comments he made last week about President Obama and the First Lady that were published in Artvoice, saying he is “not a racist.“

“I never intended to hurt the minority community who I spent years trying to help out of the cycle of poverty in our inner cities. To them I apologize,” Paladino said in a statement that he emailed to a local NBC affiliate.

“I publicly took responsibility for what I said and confirmed those were my answers, but believe it or not, I did not mean to send those answers to Artvoice. Not that it makes any difference because what I wrote was inappropriate under any circumstance. I filled out the survey to send to a couple friends and forwarded it to them not realizing that I didn’t hit ‘forward’ I hit ‘reply.’ All men make mistakes,” Paladino said.

“Obama catches mad cow disease after being caught having relations with a Herford [cow, sic]. He dies before his trial and is buried in a cow pasture next to Valerie Jarret, who died weeks prior, after being convicted of sedition and treason, when a Jihady [again, sic] cell mate mistook her for being a nice person and decapitated her,” Paladino said.

“Michelle Obama. I’d like her to return to being a male and let loose in the outback of Zimbabwe where she lives comfortably in a cave with Maxie, the gorilla,” Paladino wrote.

Paladino tried to explain his comments as part of the statement: “I received Jamie Moses’ emailed survey at an emotional moment after I had just listened to Obama’s statement that he regretted the slaughter in Aleppo that, in fact, resulted from his failed and cowardly foreign policy. His policy is to look the other way while innocent people were murdered and starved. I view Barack Obama as a traitor to American values. We don’t stand down and leave soldiers to die on a battlefield when we can send help. We don’t lie to the American people and the parents of our fallen to get re-elected. Obama has not led America to a better place by disregarding the rule of law and standing with his elitist brethren as above the law; nor has his wife Michele Obama who told our children and the world after the election that now there is no hope for America.”

“Carl’s comments are absolutely reprehensible, and they serve no place in our public discourse,” Trump’s transition team said in a statement.

Despite the comments, Paladino doesn’t plan on leaving his gig on the Buffalo School Board over the backlash.

“No, I’m not leaving the school board, not when it’s time to help implement the real choice elements of Trump’s plan for education reform.  I’ve spent years dedicated to the mission to defeat the thought that the liberal progressive elitist establishment can continue to hold our minority children captive in the cycle of poverty simply to provide their voting base. I don’t intend to yield to the fanatics among my adversaries. I certainly am not a racist,” he said to conclude the statement.