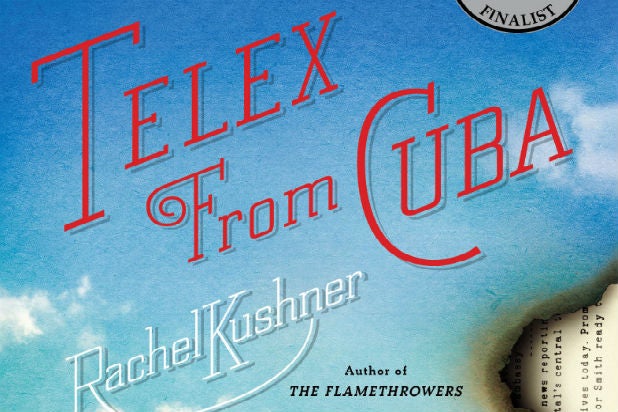 Paramount Television and Anonymous Content are creating a series based on Rachel Kushner’s novel “Telex From Cuba,” TheWrap has learned.

The series is being created by “Carol” screenwriter Phyllis Nagy, who was recently nominated for an Academy Award for the film.

Nagy is adapting the novel and will serve as showrunner and executive producer. Rosalie Swedlin and Adam Shulman of Anonymous Content are also executive producing the series.

Kushner’s book is set in Cuba when the American families who ran Cuba’s sugar plantations and nickel mines were caught up in Fidel Castro’s revolution.

These expat families employed Cubans in their homes and imported Jamaican workers for the hardest jobs, but lived completely separate lives from the natives. Told from multiple perspectives, the novel captures the world of the Americans who were blissfully unaware that their world was about to come crashing down on them.

“I am thrilled to begin work on bringing the complex, beautiful, colliding worlds of Rachel Kushner’s magnificent novel to dramatic life,” Nagy said. “The political, social and economic landscapes of Cuba in the 1950s is rich, exciting territory– and I look forward to exploring it all with Anonymous Content and Paramount Television.”

In addition to her work on “Carol,” Nagy also wrote and directed the HBO film, “Mrs. Harris,” which earned 12 Emmy nominations including Outstanding Made for Television Movie, as well as writing and directing nominations for Nagy.

The film and TV rights to Rachel Kushner’s novel were represented by the RWSG Agency on behalf of Susan Golomb at Writers House.  Nagy is represented by UTA in the U.S. and by the Casarotto Agency in the UK.