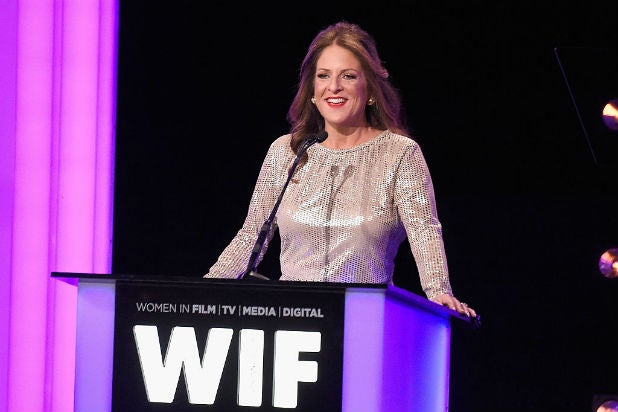 Schulman stepped down from her role as production president  in late July and was replaced by Sam Brown, a former SVP from New Line, but was said to be taking an unnamed executive role at STX.

At the time, an STX spokesperson said Schulman would be handling the launch of “a significant new initiative,” the details of which were not disclosed. But in fact Schulman is moving on as a film producer, one knowledgeable insider said, while continuing in her leadership role of the nonprofit Women in Film.

Schulman was instrumental in STX’s biggest box office hit, the Mila Kunis romp “Bad Moms,” which crossed $100 million at the domestic box office on Saturday. Calls to her office were not immediately returned. Before its latest hit, however, STX suffered disappointments including “The Free State of Jones” starring Matthew McConaughey.

Infighting over the marketing campaign for “Free State of Jones” were among the issues that have created tension in the executive ranks at the studio. The film tanked, earning just $20 million at the worldwide box office despite a $50 million production budget.

STX CEO Bob Simonds is said by insiders to be focused on pivoting the studio away from prestige, character-driven films toward middlebrow comedies under Brown.

In his defense, STX  is at work on prestige films like Aaron Sorkin‘s directorial debut “Molly’s Game,” which shoots in November. The company also landed a major Cannes acquisition in Martin Scorsese‘s “The Irishman.”

Schulman’s departure is the third high-profile exit at the fledgling studio in the past year, all of them women. Terry Curtin, the head of publicity, left for DreamWorks Animation, and Kathy Savitt, the former Yahoo marketer who ran digital at STX, lasted a matter of weeks.

In addition to Schulman, Senior Vice President of Distribution Jim Amos departed the company last week. Amos was a 30-year veteran of Sony Pictures prior to joining the upstart.

“We appreciate the contributions Jim has made to help build a strong foundation for STX’s distribution strategy and capabilities,” an STX spokesperson told TheWrap.

“We respect Jim’s decision to explore areas outside of film, and wish him the best in his future endeavors. We’re excited about the opportunities ahead as we continue to expand our production and distribution channels across film, television and digital,” the rep added.

In its short life, STX’s performance has been inconsistent. The company’s professed strategy of mid-budget, talent-driven films has seen success with the 2015 thriller “The Gift” — which earned $59 million against a production budget of $5 million — and the horror film “The Boy,” which made $64.2 million earlier this year on a $10 million budget.

The studio has also seen flops, including “Hardcore Henry” and “Free State of Jones,” starring Matthew McConaughey, which delivered only $20 million in box office on a $50 million budget, plus marketing costs.

STX just closed a strategic investment from Chinese tech and media conglomerate Tencent, to launch a digital content operation and VR unit — as well as expand its international reach.