Fox News’ Neil Cavuto is not a fan of the vilification of Dr. Anthony Fauci from conservative commentators and lawmakers. Cavuto went so far as to call him “a good man, a good doctor.”

“He has been vilified to the point that you’d think he was Lex Luthor, and I don’t know how productive that is,” Cavuto said on “Your World” Tuesday afternoon.

“To make him the target of attacks — I think that a lot of this has to go back to his departure from the former president, Donald Trump, at the time — but whatever is behind it, I don’t see it being constructive,” he concluded. 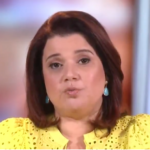 Fauci, who serves as President Joe Biden’s chief medical adviser and the director of the National Institute of Allergy and Infectious Diseases, is regularly derided by lawmakers and media figures on the right. He has been one of the most visible faces of the government’s COVID response since the outbreak began early last year. Cavuto’s colleague, primetime host Tucker Carlson, has called him “Jesus for people who don’t believe in God” and said he “is no longer a scientist if he ever was one.”

Most recently, Fauci and Sen. Rand Paul got into it during a Tuesday Senate hearing where they discussed whether the NAID funded gain-of-function research in China.

“You do not know what you are talking about, quite frankly, and I want to say that officially,” Fauci said to the conservative Kentucky lawmaker.

That back-and-forth was the topic on Cavuto’s Tuesday show. Watch his comments above, via Fox News.