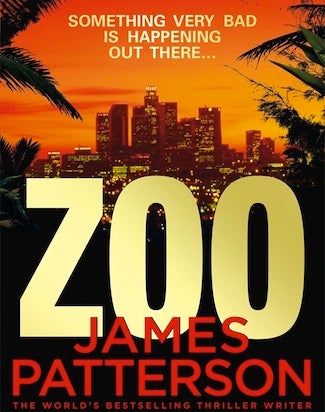 CBS has ordered drama series “Zoo,” based on the James Patterson novel of the same name and produced by “Mission Impossible” producers.

The network has given a straight-to-series order to “Zoo” for 13 episodes, which are set to debut in Summer 2015.

“Zoo” is described as a global thriller about a wave of violent animal attacks against humans across the planet. As the assaults become more cunning, coordinated and ferocious, a young renegade biologist is thrust into the race to unlock the pandemic’s mystery before there’s no place left to hide.

From CBS Television Studios production, the series will be distributed domestically by CBS Television Distribution and worldwide by CBS Studios International.

Originally published in September 2012 by Little, Brown and Company, Patterson’s “Zoo” was a No. 1 New York Times bestseller. It’s been translated into six languages and has sold more than four million copies worldwide.