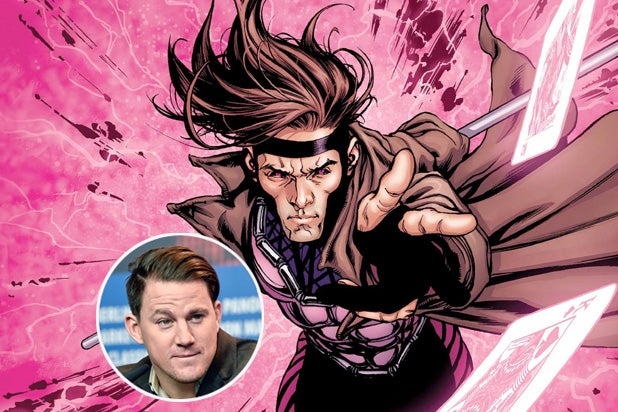 “Gambit,” the Marvel Comics-based movie starring Channing Tatum and directed by Doug Liman, has been pushed from its Oct. 6 release date.

Twentieth Century Fox confirmed the move Sunday, and at the same time set dates for two other Marvel movies, both unnamed. One will roll out on Oct. 6, 2017, and the other on Jan. 12, 2018. There is no new date for “Gambit.”

The breakout box-office success of another Marvel movie, “Deadpool,” may factor into the moves, but “Gambit” hasn’t begun shooting yet and would have had a tough time making the date.

Also Read: 'Zootopia' a Beast but 'Deadpool' Too Tough at Overseas Box Office

The tale of a card-flipping mutant has faced some bumps in the development road. Its release date has been pushed at least twice, forcing the exit of original dierctor Rupert Wyatt (“Rise of the Planet of the Apes”). And star Tatum reportedly nearly walked over salary issues.

The dates for the unnamed movies won’t be cakewalks. The first — which falls one year the most recent “Gambit” slot — is Oct. 6, 2017 and already has Andy Serkis‘ “The Jungle Book: Origins” there. And whatever films lands on the second date, January 12, 2018, will go up against Denis Villeneuve‘s “Blade Runner” sequel.

“Gambit” could easily slide into the 2017 date and Fox has yet to set a release date for “Deadpool 2,” or for that matter confirm there is one. There are 600 million reasons there will be one, however. The R-rated Ryan Reynolds saga about the surly superhero crossed that figure in dollars at the global box office on Sunday.