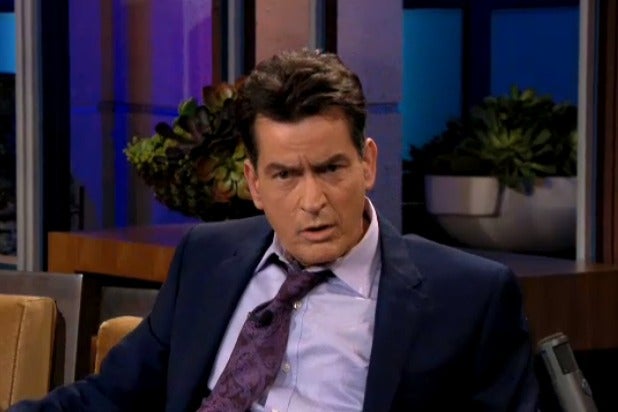 To hear Charlie Sheen tell it, Selma Blair‘s exit from “Anger Management” had nothing to do with personality clashes — her character was just too good an influence on his.

Sheen discussed what he called a “reboot” of his show — which he dubbed “Anger Management 2.0” — on “The Tonight Show” Wednesday. Sheen said the exit of Blair’s character, Dr. Kate Wales — psychologist to Sheen’s Charlie Goodson — freed up Goodson to become a little more self-destructive, in the vein of his “Two and a Half Men” character.

“One of our primary characters, Selma Blair, playing Kate, was written out because — it was not about our relationship. The problem was that too many people were still excited about the ‘Two and a Half’ character and thinking the ‘Anger Management’ character was a little dull. So that is not the case anymore,” he said. “She leaves and I… start circling the drain. It’s really fun to watch. And… fun to play.”

“Where do you draw from?” Leno joked.

“It’s mystery, Jay. It just falls out of the sky.”

Blair left the show in June, amid reports that she clashed with Sheen. Laura Bell Bundy has since joined the cast, and Brian Austin Green became a series regular.