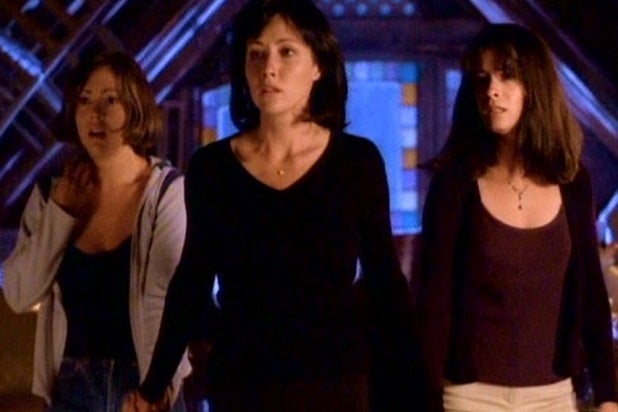 Get ready for more witches on TV. Possibly.

CBS is developing a reboot of the WB series “Charmed,” an individual with knowledge of the project told TheWrap on Friday.

The project, as first reported by Vulture, so far consists of a script deal, with no pilot or broadcast commitment as of yet, but is billed as a reimagining of the original series centered around four sisters who discover their destiny – to battle against the forces of evil using their witchcraft.

The Tannenbaum Company is executive producing the project, with CBS Television Studios producing.

The original series, which ran on the WB for eight seasons from 1998 to 2006, starred Holly Marie Combs, Alyssa Milano, Shannen Doherty and, in later seasons, Rose McGowan.

Witches have been a hot property this television season, with Lifetime’s “Witches of East End” and FX’s “American Horror Story: Coven.”