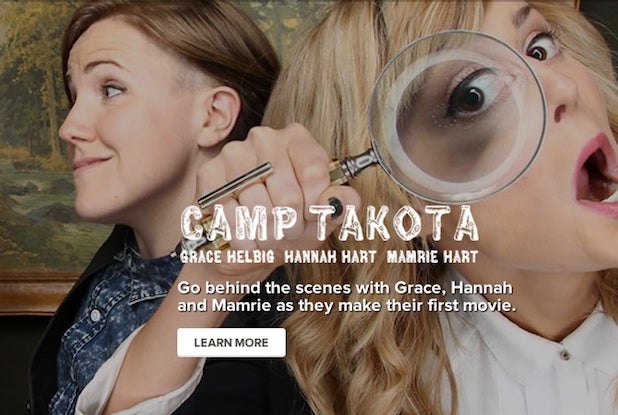 Chill will lay off 40 percent of its staff as part of a shift away from the entertainment business, according to CEO Brian Norgard.

The site, which for the past year has been selling movies, TV shows and specials for the likes of Maria Bamford, will cut 7 of its 17 employees, leaving “a small core team” behind.

The reorganization comes after a potential sale fell through and a recent shuffle at one of the start-up’s primary backers, venture capital firm Kleiner Perkins Caufield & Byers.

Kleiner Perkins and WME led an $8 million Series A round in Chill last summer, yet Kleiner recently restructured the way it invests in early stage companies and reorganized its committee.

“They love the team, but they don’t love the entertainment market,” one individual close to the stituation told TheWrap. “It’s slow.”

Chill  raised the money when it was focused on social video, aggregating the most popular videos from across the web. At the time, it had more than 23 million users. While investors expected to have the next Instagram, it didn’t pan out that way.

Several of the companies in that space have struggled since Facebook changed its polices. While Socialcam was acquired for $60 million by Autodesk, Viddy cut its staff and returned money to investors.

Chill was “financed as a platform during the social video boom that was short-lived,” the individual said.

The company pivoted again last fall, relauching as a digital distributor of movies, TV shows and comedy. While it found some early success with a few specials, it struggled to attract a project that made it a must-stop shop for any movie lover.

“In a era of YouTube (free content), convincing people to transact around a la carte premium content still isn’t nearly as straightforward as one would assume,”  Norgard said. “There’s a reason why Netflix is so highly valued on the public markets. Easy access to premium content is still very, very hard to do.

The decision came as a total surprise to many of its employees, as the company still had enough money to operate for another year and a half.

Anyone who chose to sell videos using the platform will still get paid. “Camp Takota,” an upcoming film starring YouTube stars Grace Helbig, Hannah Hart, Mamrie Hart, will proceed but have to be sold elsewhere.

“The tools are terrific,” the individual said, “but it could never compete on depth and breadth with Amazon until the big check came.”