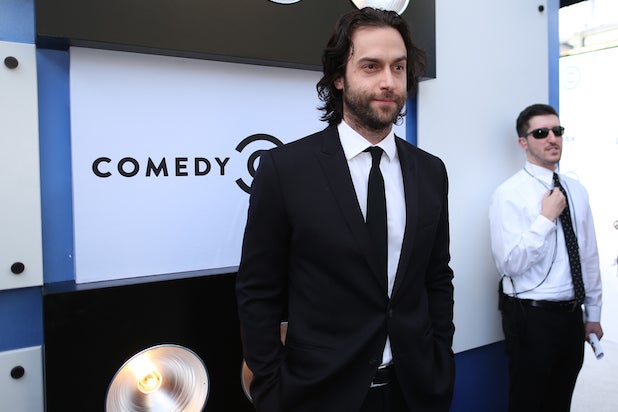 An episode of Comedy Central’s “Workaholics” featuring Chris D’Elia as a child molester has been removed from streaming platforms following accusations that the comedian tried to solicit sex from underage girls.

The episode, titled “To Friend a Predator,” first aired in 2011. It sees D’Elia guest star as Topher, a child predator who befriends the show’s main characters. According to the Los Angeles Times, which first reported the news, the episode was pulled from Comedy Central’s platforms along with his 2013 stand-up special “White Male. Black Comic.”

D’Elia also appeared on the second season of Netflix’s “You” as a comedian who preys on underage girls.

The accusations against De’Elia surfaced Tuesday when a Twitter user shared screenshots of conversations she says took place between her and the comedian when she was 16 years old and D’Elia was 34. Soon after, a number of other women shared similar stories of D’Elia exhibiting predatory behavior.

In a statement last week, D’Elia denied any inappropriate or illegal conduct.

“I know I have said and done things that might have offended people during my career, but I have never knowingly pursued any underage women at any point,” he said in a statement. “All of my relationships have been both legal and consensual and I have never met or exchanged any inappropriate photos with the people who have tweeted about me.”

“That being said, I really am truly sorry. I was a dumb guy who ABSOLUTELY let myself get caught up in my lifestyle. That’s MY fault. I own it. I’ve been reflecting on this for some time now and I promise I will continue to do better,” he continued.