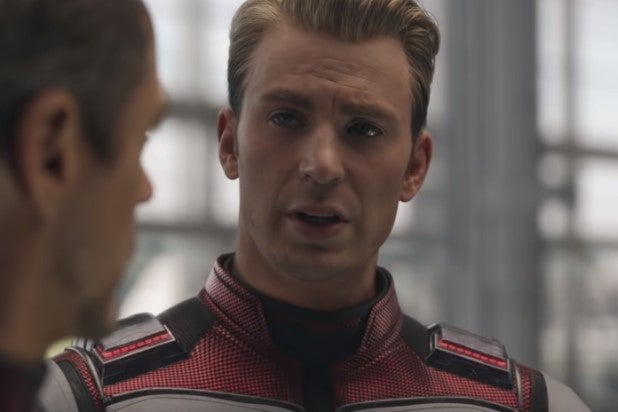 Is Captain America a rule breaker? The “Avengers: Endgame” cast was strictly forbidden from shooting any video on the set of the film, but Chris Evans did anyway.

The directors of “Endgame,” Anthony and Joe Russo, said that as of Monday, spoilers for the mega-blockbuster are officially fair game, so Evans now took it upon himself to share his brief cell phone footage from the set.

“Video ban lifted! I guess I’m not the only one who broke the rules on this day of filming,” Evans wrote on Twitter Monday. “My camera work is annoyingly shaky.”

Evans is referring to his co-star, Chris Pratt, who last week shared his own “really illegal” video from the set of the same moment of the film’s climactic battle.

In Evans’ video, you get a glimpse of the cast hanging out, which includes Paul Rudd and Mark Ruffalo prepping a moment, Pom Klementieff having a good laugh and most notably Thor himself, Chris Hemsworth, mouthing “F— off” into Evans’s camera.

On Sunday, Evans shared another behind the scenes photo of himself with Chadwick Boseman, with each in costume as Cap and Black Panther, respectively. “Just hanging out, chatting about vibranium,” he wrote.

Also Read: How to Advocate for Equal Pay: 'Stand in Your Success' (All Things Video Podcast)

In its second weekend at the box office, “Avengers: Endgame” has already surpassed “Titanic” and the $2 billion mark to become the second highest grossing film of all time, only behind James Cameron’s “Avatar.”

Check out Evans’ video below:

Video ban lifted! I guess I’m not the only one who broke the rules on this day of filming.
(My camera work is annoyingly shaky) pic.twitter.com/D0f0e2PnXo