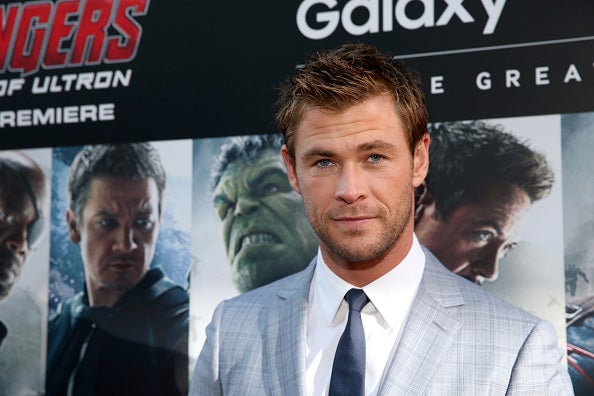 Chris Hemsworth admitted to being baffled by his brother Liam’s decision to post a photo on Instagram showing the “Hunger Games” star modeling a pair of teeny shorts (“Here’s to ice baths and flexing in tiny shorts,” read the caption).

“What was that about?” Chris said in an interview with ET on Tuesday. “That felt like a late Friday night drunken kind of post, and the next morning like ‘did I?… oh no.'”

“Was that intentional?” he added.

Here's to ice baths and flexing in tiny shorts

The “Thor” star also said not to count on any scanty pics of himself in the near future, either. That might be for the best — we imagine that a shirtless pic of both Aussies at the same time would break the internet.

The actor added that the brothers have a fitness rivalry “in a fun way.”

We’ll be seeing plenty of the older Hemsworth brother in the upcoming Marvel movies “Thor: Ragnarok,” out November 3, and “Avengers: Infinity War,” out May 4, 2018.